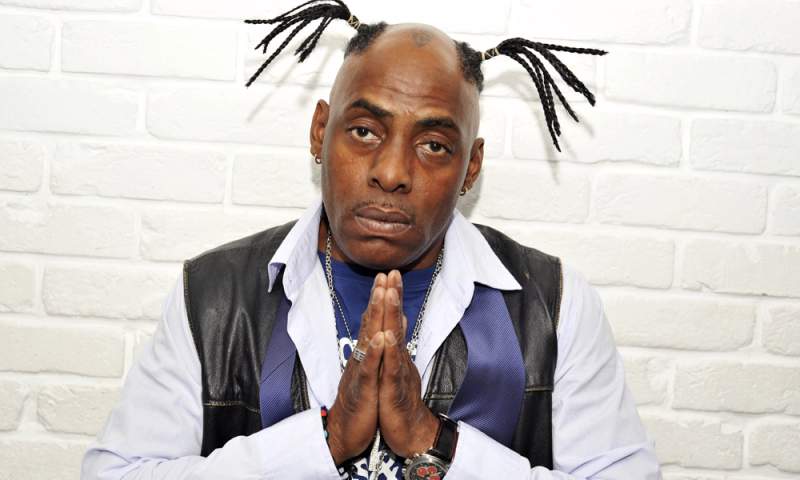 Coolio, the rapper whose playful and sometimes gritty takes on West Coast rap and anthemic hits like “Gangsta’s Paradise” made him a hip-hop star in the 1990s, died on Wednesday in Los Angeles. He was 59.

His longtime manager, Jarez Posey, said he was told that Coolio died at a friend’s house. No cause was given, reported the New York Times.

Coolio, whose legal name was Artis Leon Ivey Jr., achieved mainstream superstardom and critical success with “Gangsta’s Paradise” in 1995. A grim, minor-key track that featured the singer L.V. and drew on Stevie Wonder’s 1976 song “Pastime Paradise,” it spent three weeks atop Billboard’s Hot 100 and was named the chart’s No. 1 song of the year.

It also won the Grammy for best rap solo performance in 1996 and was later certified triple platinum by the Recording Industry Association of America, outshining the movie it was featured in, the high school drama “Dangerous Minds.”

“Coolio still builds his raps on recognizable 1970s oldies, and he delivers intricate, syncopated rhymes as if they were conversation,” Jon Pareles wrote in an album review in The New York Times, noting that “Gangsta’s Paradise” uses “the somber minor chords” of Mr. Wonder’s “Pastime Paradise.” Coolio told Rolling Stone that he had cleared the usage through a family connection — his wife knew one of Mr. Wonder’s brothers — with the stipulation that the song couldn’t contain any profanity. Mr. Wonder received a writing credit.

Another 1995 movie, the comedy “Clueless,” gave Coolio another crossover moment. His song “Rollin’ With My Homies” was on the soundtrack, and its hook, beloved by the character Tai — the desperate-to-be-hip new girl played by Brittany Murphy — is a running joke in the film.

Coolio’s other hits included “Fantastic Voyage” — the opening song on his debut album, “It Takes a Thief,” released in 1994 — and “1, 2, 3, 4 (Sumpin’ New)” from the “Gangsta’s Paradise” album, released the next year. Both albums were nominated for Grammys. “C U When U Get There,” which is based on Pachelbel’s Canon, a Baroque-era standard, was a standout track on Coolio’s third album, “My Soul,” from 1997.

But nothing could match the success of “Gangsta’s Paradise” — a song that, with its piercing production and ominous background vocals, became instantly distinguishable for millions of 1990s rap fans, especially with a memorable opening verse based on Psalm 23:

“As I walk through the valley of the shadow of death, I take a look at my life and realize there’s nothin’ left.”

While Coolio lamented that his hit had overshadowed his other work, he told PopkillerTV in 2018 that the song had taken him on “a great ride.” Its popularity has endured for decades; the music video has garnered a rare billion-plus views on YouTube.

Artis Leon Ivey Jr. was born on Aug. 1, 1963. He grew up in Compton, Calif., in Los Angeles County, a place known for producing some of hip-hop’s most successful artists, including Dr. Dre and Kendrick Lamar.

He told The Independent in 1997 that as a child he would play board games with his single mother, to whom he later dedicated his success. After a turbulent youth — a bookish, asthmatic child, he became a teenage gang member, juvenile offender and drug addict — Coolio worked as a volunteer firefighter.

In his 20s, he moved to San Jose to live with his father and fight fires with the California Department of Forestry. He became more spiritual there and later credited Christianity for helping him overcome his addiction to crack.

As he embarked on a music career, Coolio joined a growing wave of West Coast hip-hop that was increasingly becoming mainstream; it had surged in national popularity as MTV, radio stations and major labels came to embrace this once-regional underground sound. After performing with the group WC and the Maad Circle alongside WC, Sir Jinx and DJ Crazy Toones, he went solo.

Coolio signed to Tommy Boy Records, the independent rap label known for releases by De La Soul, Naughty by Nature and Queen Latifah, which had partnered with Warner Bros. Records a decade earlier to expand its commercial reach.

Building off the gangster rap and G-funk sounds and images of N.W.A, Ice-T, Dr. Dre and Snoop Doggy Dogg, Coolio gained a following by combining his credibility with a willingness to appeal to a broad audience by means of softened language, dance tracks, recognizable samples and other nods to past hits.

A Spin review of the “Gangsta’s Paradise” album in 1996 called it “great pop music” and “the most stylistically broad mainstream rap album you’ll probably hear all year.”

“Coolio presents himself as an entertainer,” the magazine added, “one who projects an unhinged personality while creating solidly commercial sounds.”

“Gangsta’s Paradise” had board cultural impact, even spawning a Weird Al Yankovic parody, “Amish Paradise,” which replaced the streets with farm country, offering lyrics about churning butter and selling quilts.

The scale of the original song’s success awed its creator. Coolio told Rolling Stone that he was on tour in Europe when he realized that “I was No. 1 all over the entire planet — not just in the States. I was No. 1 everywhere that you can imagine.”

On Wednesday, the rapper Ice Cube recalled Coolio’s hard-earned rise, writing on Twitter that he had witnessed “first hand this man’s grind to the top of the industry.”

Coolio, known for his spindly and sprouting cornrows, went on to sell 4.8 million albums in the United States, according to Luminate, the tracking service formerly known as Nielsen Music.

The year after his big hit topped the charts, he wrote and performed the theme song for “Kenan & Kel,” a Nickelodeon staple in the late 1990s starring the future “Saturday Night Live” comedian Kenan Thompson and Kel Mitchell. Coolio later became a recurring presence on reality TV, appearing in shows like “Coolio’s Rules,” a 2008 series that focused on his personal life and his quest to find love in Los Angeles.

He had four children with Josefa Salinas, whom he married in 1996 and later divorced. A complete list of survivors was not immediately available.

Coolio, who struggled with asthma all his life, served as the spokesman for the Asthma and Allergy Foundation of America, according to his official online biography. At a 2016 performance in Brooklyn, he had an asthma attack and was saved by a fan who had an inhaler, Page Six reported.

Coolio had in recent years become aware of his place in hip-hop history. He said in 2018 that after long lamenting his struggles in the music industry, he came to understand that “people would kill to take my place.”

“I’m sure after I’m long gone from this planet, and from this dimension,” he said, “people will come back and study my body of work.”