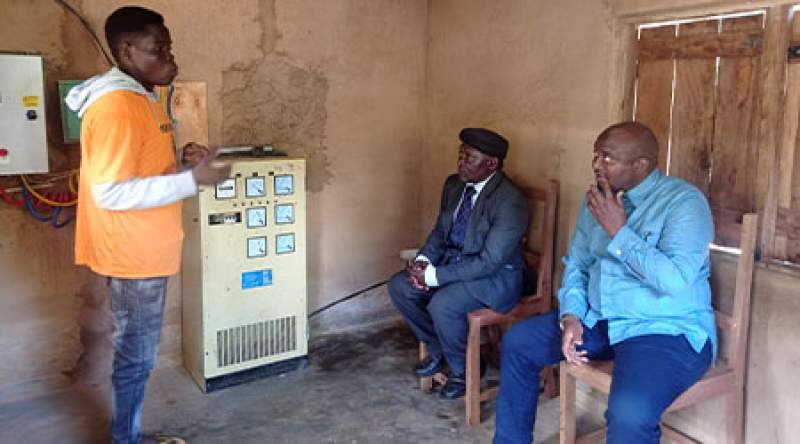 Matola spoke at Mantchewe Primary school in Livingstonia, Rumphi on Friday, during the official handover of Chipopoma Hydropower Plant

The ministry of energy has complained about being one of the neglected ministries in the country, despite the role it plays in national development, a status quo minister Ibrahim Matola says has to end.

Matola spoke at Mantchewe Primary school in Livingstonia, Rumphi on Friday, during the official handover of Chipopoma Hydropower Plant whose construction has been funded by United Nation Development Programme (UNDP) to the Government.

Said Matola; "Energy is the driver of the economy, you can't talk about health, water and sanitation without power. For any country to develop we need power. As a country, we've neglected a lot in the investment of the sector; we are the least in the SADC region. We lost many megawatts during the cyclones [because of this]."

The Chipopoma Hydropower Plant currently generates 40 kilowatts of electricity, and supplies over 200 houses, a primary school and a health clinic.

He has since applauded the efforts done by the people in the area, saying he wants other people to emulate the example.

"As a country, we opened up to independent power producers to come in and feed into the national grid. Hence living with ESCOM [Electricity Supply Corporation of Malawi] alone it can't work, and it will take time," observed Matola.

Said Komatsubara, "We feel confident enough to hand over the ownership to the community, as the idea also came from the community. Malawi has lots of people with good ideas, and when the community started coming together, we just came in with funding."