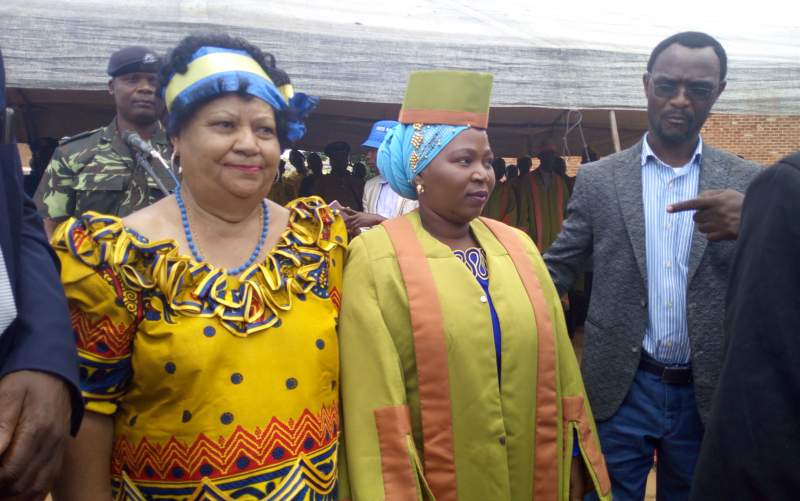 Patel and Phiri with the new chief - pic by Raphael Mlozoa

Minister of local government and rural development, Ben Malunga Phiri, has asked the new Chief Bwananyambi of Mangochi to help government in fighting child marriages which he says are a cause to worry in the district.

The minister said this Tuesday after installing Saliati Mbaladzo as the second Traditional Authority Bwananyambi following the death of the first Bwananyambi last September.

Phiri said as government, they are happy that the family has systematically resolved the issue of succession without challenges and what they expect from the chief is to work on issues of development.

“To begin with, I wish her well as she discharges her duties. Number two is that the president asked me to request from all the chiefs within and outside to make sure they discharged their duties responsibly. They must avoid corruption because it is evil and must be dealt with decisively,” said the minister.

Member of Parliament for the area, Lilian Patel, agreed with the minister; saying they have been trying to promote issues of gender in the area and they will hold hands with the new chief to attain the same.

In her remarks, Senior Chief Chowe of Mangochi, who spoke on behalf of the chiefs in the district, said he is happy that succession was done without challenges.

“We agreed that we should develop family trees so that at any point when we want to pick a new chief we should not have problems and today you have witnessed that after almost 6 months, we have a new chief without problems,” said Chowe.