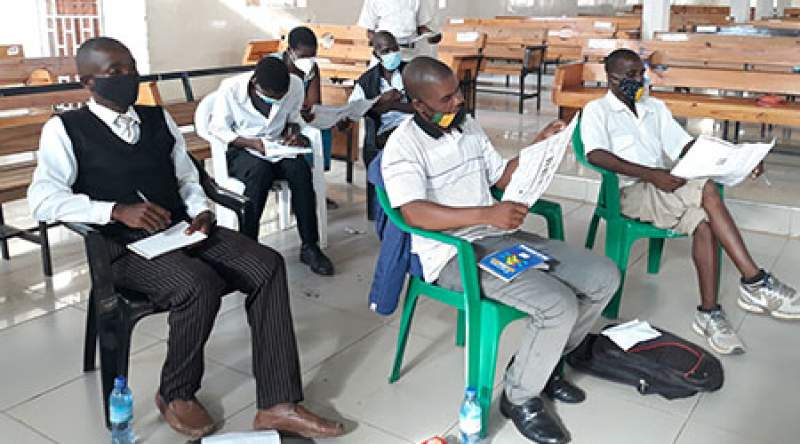 Part of the session - pic by Moses Masiye

Malawi Council of Churches (MCC) is engaging men and boys from different religious denominations in an effort to create a platform to discuss the importance of seeking health services.

MCC Field Officer for Balaka district Triza Chirwa says the men and boys are reached alongside their religious leaders under a project they are implementing with support from The U.S. President's Emergency Plan for AIDS Relief (PEPFAR) through Health Policy Plus.

Chirwa says: - "We thought of bringing together men and boys so that they may encourage each other on improving health seeking, a behavior which is so low among them unlike the opposite gender."

She says they have also trained religious leaders to assist talk to men on the same.

"We feel religious leaders have an influence in the society and that may be influential in appealing for a mindset change among these men and women," said Chirwa.

Weston Kamwendo a member of the Church of Central Africa Presbyterian (CCAP) says they have different forums where they would discuss on the importance of seeking health services in good time.

Kamwendo said: "We have the men's ministry and other youth forums where we would encourage each other as men and boys that we improve."