UTM Encourages Women with Political Ambitions to Come Out 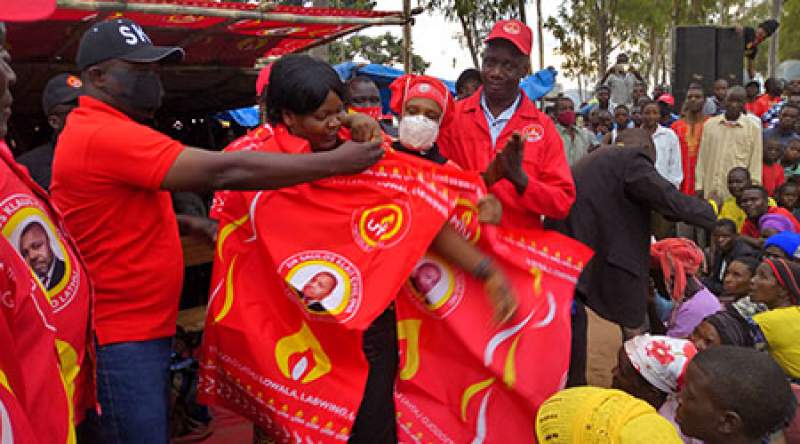 UTM has encouraged women with political ambitions and want to compete in future elections to start unveiling themselves now.

The party’s eastern region governor, Julius Pipe, says this will give them more room to familiarize themselves with the political platforms than just coming during elections.

Speaking at Chilipa in Mangochi on Sunday where the party received a group of women from various political backgrounds into the party, Pipe said as a party they will always give them chance to prove their capabilities.

“Our secretary general is a woman, the best example that this party is accommodating when it comes to gender balance. I challenge all the women mainly here in the eastern region to unveil themselves now. Come elections, people will be able to trail their backgrounds easily,” said Pipe.

Speaking after being welcomed in the party, well-known business woman in the area, Annie Shaba King, said she has joined to contribute something, both to the party and her area.

King who once stood during the local government elections as

independent candidate for Chilipa ward said despite challenges women went through when pursuing political ambitions, sometimes women themselves are to blame for lacking self-esteem.

Some groups championing the 50-50 representation in political positions have for some time expressed worries over what claimed to be unfavorable and frustrating conditions women face in political parties that frustrates them to compete in elected positions.