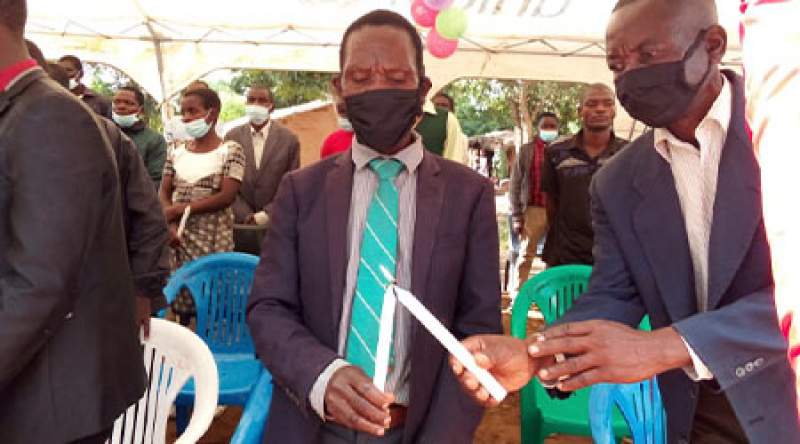 The candlelight memorial service in progress - pic by Steve Kalungwe

Neno district has held its candlelight memorial service together with Nutrition Open Day in a bid to raise awareness on the need to get tested, start ART treatment while observing a nutritious diet.

The two ceremonies were held together after noticing that nutrition plays a bigger role in maintaining a healthy status of a person living with HIV.

Moses Chimweta, chairperson for Neno District AIDS Coordinating Committee, underscored on the need for the general public to continue testing for HIV alongside other pandemics such as Covid-19 saying this will lessen the pressure that the health system is facing now.

"The World is now pressured with many pandemics such as the recent one, Covid-19, which has paralyzed the health system hence a need to get tested before getting sick to avoid adding more burden to the health system," said Chimweta.

On his part, Traditional Authority Mlauli appealed to his subjects to adhere to medical advises saying a person living with HIV can ably contribute to national development if they practice good eating habits and adhering to medication.

"I have seen many people who have lived with the virus for many years but never got sick, this all is due to acceptance and adhering to medical advice, these people are contributing well to both household and national development," said the T/A.

In his testimony, Mathews Chekucheku, who has lived with HIV virus for 28 years said his secret was to adhere to medical advice and balance diets.

He said since he got tested in 1993 when there was no free ARVs, he practiced good eating habits such as taking a six-course meal which kept him going until now when ARVs are available in all public and private hospitals.

Meanwhile, Family Association of Malawi (FPAM) Neno district manager, Harvey Gama has reminded the general public that its services include provision of ARV's for free.

The day was celebrated under the themes " Let's keep the light on HIV and malnutrition, get tested and diversity our diet".