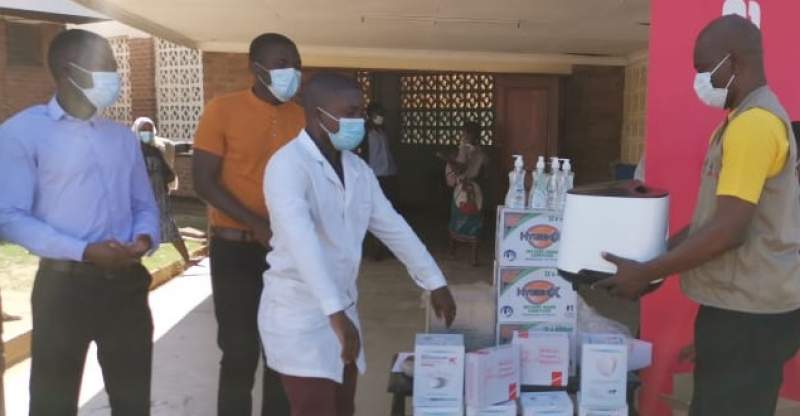 An international organization, Action Aid, has bailed out the country's health facilities with Covid-19 supplies valued at K22 million.

"As an organization we appreciate the impact the pandemic has had on the society.

"Thus, being a development partner, we thought we should contribute to the effort.

"We have been running various programs in the north, south and centre as such it was only proper to join the fight, " said Masingati.

At Nsanje District Hospital the organization donated items including Flowmeters, oxygen concentrator, masks and sanitizers among other items.

The District's Director of Health and Social Services, Dr. Gilbert Chapweteka hailed the organization for the support describing it as critical in Covid-19 management.

"The third wave has hit us hard unlike the first and second waves.

"For example we only lost four people but in the first and second waves, but the third wave has claimed seven lives" explained Dr. Chapweteka.

He added the admission rate has increased on the third wave.

"You have been our very good partner in the time of need. U have tried to help us, " said Dr. Chapweteka.

"Some of the items are consumables, you only use them once like mask for example, you cannot have enough. So we need more of such items," said Dr. Chapweteka.

According to Masingati, a unit within Action Aid, dubbed International Humanitarian Action and Resilience Team (IHART), bankrolled the initiative.