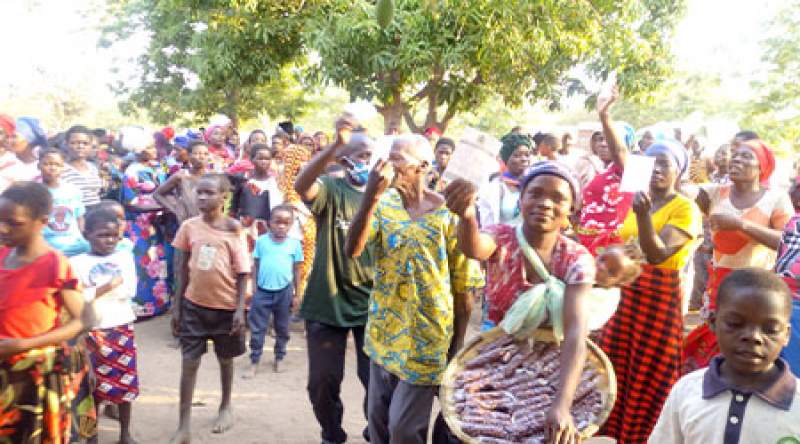 In a move to increase uptake of Covid-19 vaccine in the country, the Catholic Health Commission (CHC) in Mangochi Diocese has started engaging communities in the rural areas to sensitize them about the vaccine.

According to the organization’s programmes manager, John Shaba, this follows growing myths, and misconceptions that people have on the vaccine, which they feel comes due to improper information.

Shawa who was speaking at one of their sensitization meetings at Chisambamnopa in the area of Traditional Authority Mponda said they observed that few people from the rural communities are getting the jab, and through the initiative they have also observed that long distances to health facilities and lack of proper information are some of the contributing factors.

“What we are doing is we are engaging communities in their areas in small numbers, so that we can ably explain to them and interact with them at the same time reduce overcrowding,” said Shaba.

One of the community members, Matola Bwanali, from Namakango, village who got the jab during the sensitization campaign said he was excited after getting the news that the vaccine is coming to their area because it was difficult to access the vaccine due to distance to the nearest health facility.

“As you can see, I am over 60 years old now, and I have been receiving different vaccines in my life. Today I have also received it because I believe in prevention rather than cure,” explained Bwanali.

He added; “I also want to take advantage of this to explain to others that they should get jabbed now as the vaccine is just as safe as any vaccine.”

Commenting on the initiative, Liya Brighton, Nurse and Midwife Technician at Mangochi District Hospital, commended CHC saying will reduce the misconceptions and myths about Covid-19 and the vaccine which she said have negatively affected the administration of the vaccine and other normal services at the hospital.