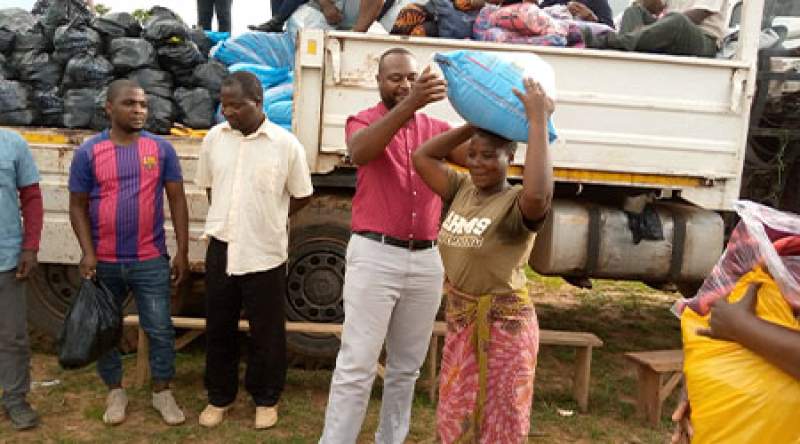 As different partners are still rendering support to survivors of cyclone ANA, member of parliament for Neno North constituency, Thoko Tembo has called on DODMA to intensify awareness on disaster recovery plans while asking people to build disaster resilient structures and relocate up land.

He spoke this on Tuesday, when Partners in Health, Concern Worldwide and Neno district council launched its campaign of bailing out over eight thousand people who had been affected by cyclone ANA in Neno district.

"People must take own responsibility to avoid putting pressure on government and other partners in times of disasters. They need to build resilient structures and if in prone areas, relocation is a must, relief items are not for joy," says Tembo.

Partners in Health, Chief Operating Officer, Basimenye Nhlema asked for collaboration among partners in times of disasters while condemning the culture by some individuals of taking advantage of disasters to abuse people.

"We need to encourage people to support each other and not wait for government and other implementing partners, a communal support goes a long way that these temporary reliefs, so let’s encourage community participation in disaster response", encourages Nhlema.

Neno district disaster desk officer Charlotte Neema strongly advised men not to divert relief aims to their side partners, saying families are being disbanded due to presence of relief aims.

"Please do not use the five thousand kwacha money for beer and other unrelated behaviors, the money is for family emergencies", appealed Neema.

At one camp in the area of Traditional Authority Chekucheku, survivors have received a 20 kg bag of maize flour, mosquito net, laundry soap among others on top of a five thousand kwacha monetary relief.

Cyclone ANA largely affected the area of Senior Chief Dambe where houses built with mud and in steep slopes had been washed away and other are still in death strap state.