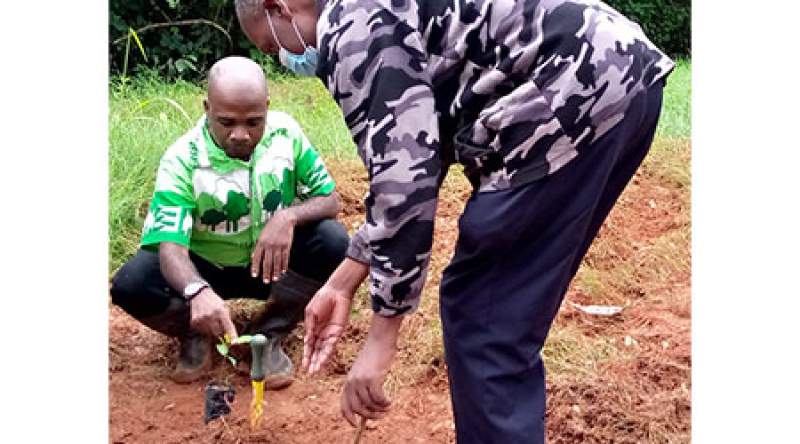 In an effort to reclaim the lost glory of Neno forestry cover, the department of forestry has partnered with Neno Girls Secondary school to plant five hundred trees around the campus.

Speaking to Zodiak-online after the exercise, Neno district forestry officer, Aubrey Macheso bemoaned the continued cutting down of trees in the district for charcoal production, saying this is affecting the ecosystem of the district.

"It's so unfortunate that people here are still indulging in charcoal production when the world is faced with climate change, for example, Neno has been badly affected by the moderate tropical ANA, which could have been prevented", said Macheso.

Macheso then disclosed that this year they plan to plant six hundred thousand trees and will collaborate with the police to patrol all the forestry reserves of the district.

He says in the last tree planting season, 53 percent of trees planted survived. He asks students to take care of the tress to ensure its survival.

Neno Girls Secondary school head of station Reverend David Kholowa asked the students to take a leading role in afforestation saying man today is paying the dividend of his actions which have resulted in climate change.

"We need to encourage our learners to preserve their surroundings, which include trees. Today the world is in crisis due to climate change, this has to be reversed through afforestation and the bible in Genesis emphases the need for man to take care of the environment", preached Kholowa.

Meanwhile Neno district education manager Reuben Menyere thinks time is now for schools to plant more trees as such will instill ownership in the students.