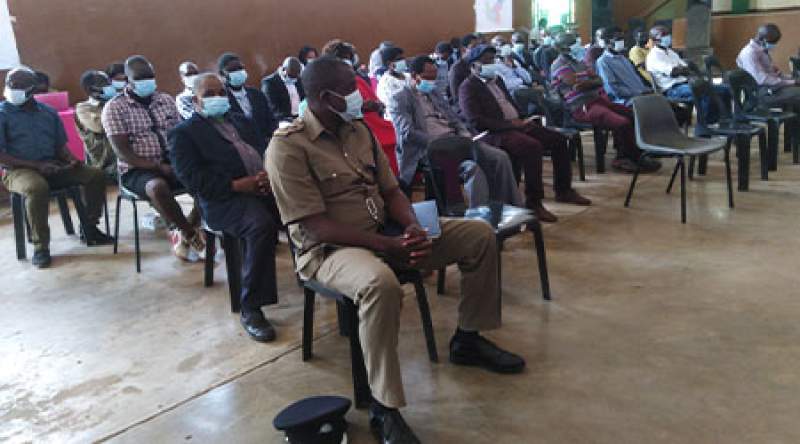 The Malawi Electoral Commission (MEC) says it is expected to submit the final boundary re-demarcation report to Parliament in October to approve.

Speaking to Zodiak on Tuesday, MEC commissioner Francis Kasaila said, constituency re-demarcation exercise which started in May 2021, has been a success despite some pockets of concerns on names, topography and movements of villages to the proposed constituencies.

Commissioner Kasaila said after the public hearing in district councils that the Commission will engage parliamentarians in July before submitting the final report to Parliament.

He said, all being equal, the Commission will address all issues and submit the final boundary re-demarcation report to Parliament in October to approve.

"Our program is that in July, we are meeting members of parliament. After meeting them we are expecting to have the final report by October. So, we will submit our report to Parliament in October hoping that probably in September it will be convening and will be looking at our report," he said.

During the boundary review public hearing in Thyolo, Senior Chief Mphuka expressed concern that some people in his area have been moved to the proposed Mikolongwe constituency.

Chief Mphuka indicated, if it remains unchecked, the development will expose voters to long distance come 2025.

"At first, we were under Thyolo West, which covered Thomas and Mphuka. Now that it has been demarcated, one part of Mphuka has gone to Mikolongwe constituency, while from that area of Mphuka which borders Chikwawa, is so far. We wrote them but they have not considered our letter, so we will do it again as requested," Chief Mphuka said.

However, MEC Commissioner Kasaila said the commission has noted the concern, though it did not receive any written concern on the matter.

But, Luchenza municipal council will have its constituency and five wards.