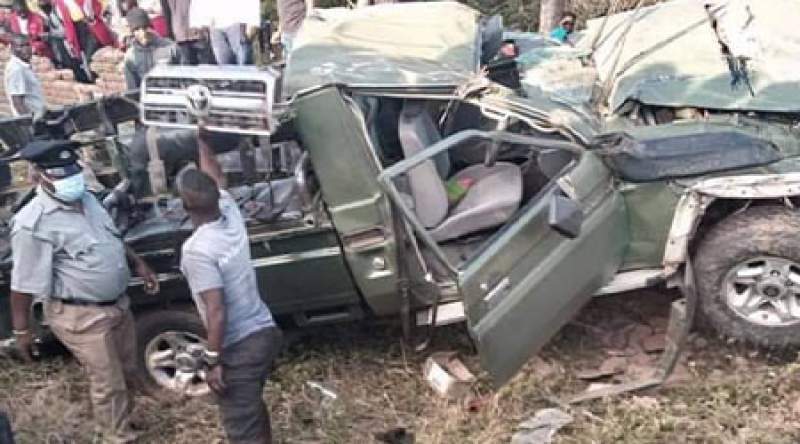 The accident that claimed the soldiers' lives - file photo

Families of some soldiers who died in a road accident involving a presidential convoy and one surviving soldier have written the Attorney General a notice of intention to sue the government for failing to compensate them, almost a year after the two officers died, and several others injured in Blantyre.

The accident occurred near Blantyre Girls Primary School when president Lazarus Chakwera was travelling from Lilongwe to Sanjika Palace in Blantyre after a driver of a military cruiser failed to negotiate a curve which led the car to overturn before plunging into a brick fence of the school.

“The deaths and injuries were caused by the negligent driving of the driver who was driving uninsured military vehicle registration number MDF 3189.

“This caused Lance Corporal Sheriff Maulana and Lance Corporal Gift Kachedwa to lose their lives and others including Antony Mponda got injured on both legs,” said lawyer Chimowa.

He added that the families are now seeking damages for the loss of dependency, loss of expectation of life and for causing pain, suffering and loss of earning capacity.

He further explained that has given the government 90 days to respond or else he will take the matter to court. “It is our hope that the matter will be sorted out of court, but if they do not respond, we will go to court,” he explained.

Attorney General Thabo Chakaka Nyirenda says is yet to receive the notices.