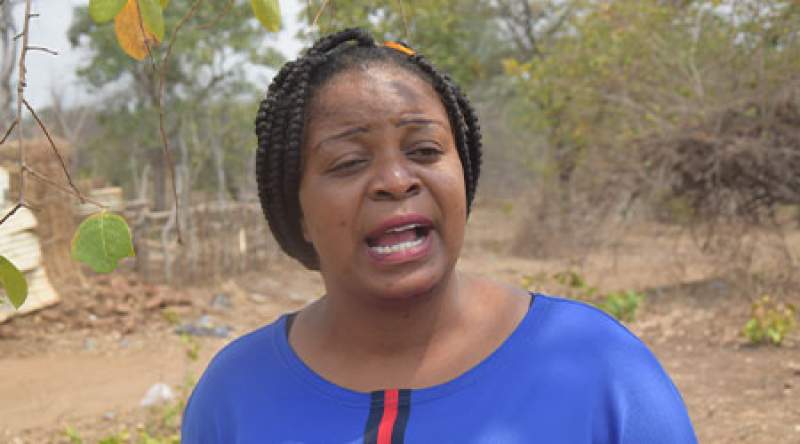 Kalolo - I think the initiation ceremonies should end completely

It is a tradition in most Malawi’s rural setups, just like in many African countries, to send young girls to initiation camps in preparation for adulthood.

These are the camps equipped with counsellors, usually women, who teach the girls as young as 12 how to keep and satisfy husbands sexually.

Young people who have not undergone an initiation ceremony face a lot of social humiliation.

Oftentimes, they are treated as outcasts by their friends who underwent the tradition.

They are called names and face numerous insults, making their right to association almost a luxury.

They are called people who use the upper side of the hand to eat; and instead of using the mouth, they use back of the head.

As if that is not enough, they are mocked that they will not be able to satisfy their spouses in bed if they do not undergo the cultural practice.

Many societies even attribute certain bad spells that befall them to the young uninitiated people.

On the other hand, the crop that graduated from the camp boast of the ‘honey’ they claim is enjoyed in the camps.

This has enticed and forced many young people to undergo the initiation ceremonies in search for social recognition and acceptance.

In search for social recognition and acceptance, many young boys and girls have fallen into the pit of early marriages, teen pregnancies and sexually transmitted infections contraction.

They try to practice what they are taught from the initiation camps. Some have dropped out of school as a result.

Angella Kalolo was born in such a society in Neno, a district in Malawi’s southern region, some 33 years ago.

Her peers during adolescence went through the initiation camps as traditions demanded, but her brother vehemently said “not my sister!”

“My father died when I was a little girl. I was raised by my mother at the village. Life was not easy without a father. My brother paid for my school fees on condition that I should not under any circumstance go to the initiation camp.

“He strictly emphasized before my mother that he would stop paying for me if I go to the initiation camp because he was afraid that the tradition would have been the end of my future. This was because most of my friends who went through the tradition ended up in early marriages and pregnancies,” said Angella.

It was this condition that kept Angella surviving through the initiated peers dominated society.

“It happened. I never went through the camp all my life. Here I am today. I completed my education and I am a teacher. My daughter is in Form One and she will not undergo it. Not my daughter,” she added.

In Patason village is Chitete Primary School where she executes her duties as a teacher.

“In six years that I have been working here, I have seen more learners changing behaviors soon after coming out of the initiation camps.

“I have seen female learners refusing to come back to school after the ceremony. They insist they should get married.

“This is a fruit of lessons imparted to them by initiation counsellors. They just want to put those lessons into practice,” she said.

“Since the opening of this school in 2015, twelve learners have fallen pregnant and got married. We managed to bring back to school seven of them,” she said.

“I think this whole tradition of initiating young people should completely end if we are to keep our young generation in school for a better Malawi,” she said.

Estere Amos is one female counsellors at the initiation camps in the area. She admitted to Zodiak Online that she had been drilling young girls with conjugal tactics that fueled early pregnancies and teen marriages.

“Parents used to bring their children to us for initiation as per tradition. Our fear was that if we do not teach the girls conjugal duties, we will be under fire by the parents.

“The parents would know that their children were not fully taught if they do not sleep with a man in a tradition which we call “Kusasa Fumbi” (removing the dust).

Kusasa fumbi is a practice where a newly initiated graduate is advised to have unprotected sex soon after the graduation.

“If a girl does not sleep with a man in Kusasa Fumbi, a parent could come to us with a complaint that their daughter was not fully initiated. This made us to put more emphasis on sexual lessons to the girls,” she said.

Amos confesses that the tradition has been fueling teen pregnancies and marriages in the district.

She says her area registered about 200 teen pregnancies in 2018 alone.

“Of course, there are a number of factors leading to this and initiation ceremony is among those dominating factors,” she says.

He says most of these practices, such as kusasa fumbi, stem from the initiation camps.

A rise in teen marriages in Malawi comes despite lawmakers amending the constitution to criminalize marriages of children below 18 years in 2017.

“By changing the constitutional age of marriage in Malawi, the Government has also changed the narrative of the lives of countless Malawian girls so that girls can just be girls; not brides or wives,” said Clara Mah Anyangwe, UN Women Country Representative in Malawi soon after parliament passed the law.

The United Nations Children’s Fund (UNICEF), however, reports that 46 percent of Malawian girls are married before age 18, compared to 42 % in 2017.

According to UNICEF, 9 % of girls are married before age 15, making Malawi the 12th highest rate of child marriage in the world.

These are the girls who, instead of being in class, they are in marriages.

He says that “laws alone will not reverse these trends. Broader social factors that contribute to early marriage and teen pregnancy must be addressed.”

“Cultural practices such as initiation ceremonies are among those factors encouraging teenage boys and girls to be sexually active. In addition.

“Parents lack knowledge about how to advise their daughters on sexuality and contraception and how to emphasize the importance of education,” he says.

The blue print desires that by 2063, children shall have attained true economic freedom and development.

They shall walk tall in the corridors of the global economy while no longer relying on the goodwill of others to survive and thrive.

In an effort to advance the Vision, Neno District Child Protection Officer, Peter Langwe, says his office is making efforts to raise awareness on the ills of teen pregnancies and child marriages in the district.

“We take to court parents and anyone responsible for teen marriages and early pregnancies. We registered 71 cases of teen pregnancies last year alone, but this year, we only have 19 cases and we are sure that the figure will not reach the last year’s,” he says.

Langwe added that his office has also been “advocating for elimination of harmful lessons during initiation ceremonies, an initiative which is bearing fruits as evidenced by the decline in teen pregnancies.”