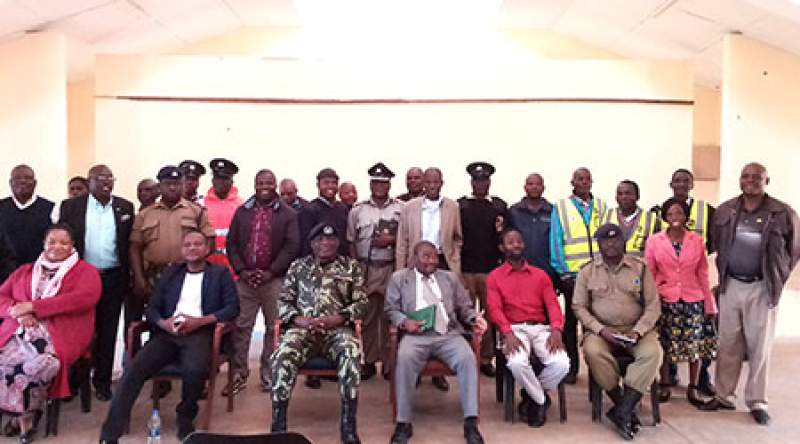 Neno police say they have reduced crime rate by 14.3 percent in the second quarter of this year as compared to 9 percent of 2020 to 2021 in the same period respectively.

This has been announced on Wednesday when the district held its Station Executive Committee (SEC) meeting where they ironed out measures of strengthening security in the hilly district.

Neno Police Station Officer in Charge, Hanleck Chingolo, attributes the decrease to good relationship between the police, community policing and the general public.

"We give a credit to our law enforcement team for taking their services to the communities in a modest way. They often engage the community in crime prevention which has helped to combat crime," said the OC.

He further appealed to members of the community to trust and work hand in hand with community policing forum, saying this model of security helps in crime prevention.

Neno District Commissioner, Justin Kathumba, called on the members of the community to take responsibility in reporting crime and devise mechanisms as such use of suggestion box to combat crime.

"For this to continue, there is a need to strengthen community policing forum and sensitize people on the ills of concealing evidence of crime. And please desist from bribing police officers," said Kathumba.

Meanwhile, Neno SEC Vice Chairperson, Geoffrey Mbewe, advised the police to report back to the members of the community when they conclude an investigation in order to build public trust.

"It is our responsibility as SEC to follow up with the police on investigations and report back to the community on the outcomes, this saves the image of both the police and us", he said.

Leonard Mphidza, a community member urged the police to intensively deal with mobile money fraud saying a lot of people in the district are falling victim to this practice.

In response, Neno police station public relations officer Sub-inspector Austin Kamwendo advised people against sending money to unscrupulous individuals but rather to report to police or call their mobile phone provider for help.