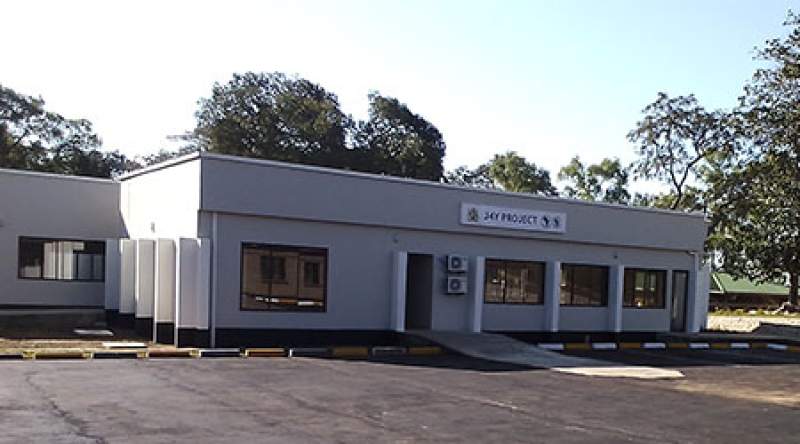 A contractor tasked with final touches on the Neno integrated youth centre, Khumbo Civil Engineering company, says the centre is almost ready for use.

Speaking on Thursday when Zodiak toured the site, the company's site foreman Nelson Mdumuka said they are at 95 percent in finishing the task, adding all will be ready by the 15 of this month.

"We have done the car pack with very standard tar and our workforce is working around the clock to ensure timely finish", he said.

Mdumuka further said the youths of Neno will enjoy state of the art facilities which will ease their education challenges.

The centre missed some of its deadlines due to rains that normally render Neno district roads impassable.

The centre is designed to train the youths of Neno in both formal and informal skills, including poultry farming, crop husbandry, sewing skills and information technology.

On job creation, the Khumbo Civil Engineering company has employed a 50/50 ration, 15 men and 15 women.

Ruth Njoka while thanking the company for according her a job, said she hopes to be enrolled at the facility to gain crop husbandry skills in order to continue being self-reliant.

"Most construction and engineering companies think women cannot do this job like tar mixing, but Khumbo Civil Engineering company has changed that perceptions", she said.

Ester Thom, another female worker said she has gained skills in cement mixing that will enable her to work anywhere given an opportunity to do so.

Two months ago, Youth and Sports minister Richard Chimwendo Banda visited the site where he expressed appreciation for the works being done and announced that His Excellency the President, Dr. Lazarus Chakwera will officially launch the Jobs for Youth Initiative in Neno district.