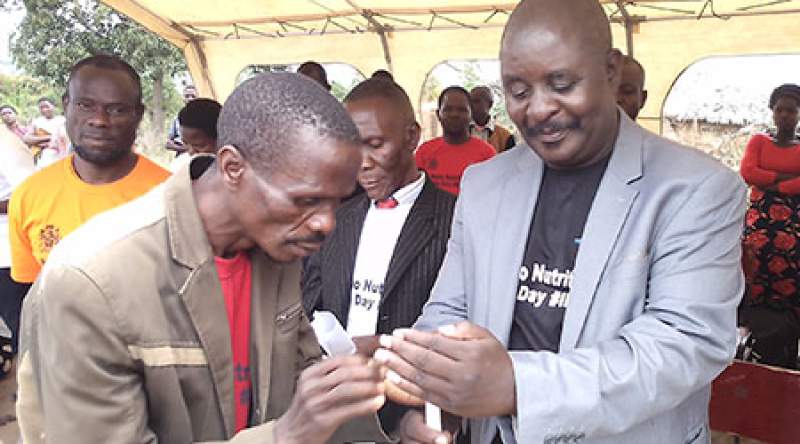 The Neno district council and other partners held a joint Nutrition and Candlelight Memorial Day yesterday at Butao village, group village headman Dzomodya in the area of chief Mlauli.

The event started with a solidarity march led by chief Mlauli and the district's council chairperson Joseph Chiphaliwali.

Chiphaliwali expressed the need for the country to embrace the culture of growing nutritious food that are essential in building body immunity.

"We have lost a lot of people in our country due to HIV and Aids but now we have anti-retroviral drugs that if taken as advised are saving lives, so let's eat well and take the drugs", he said.

The council chairperson further said, as a way of protecting young ones from getting exposed to harmful cultural practices, him together with traditional authority Mlauli banned traditional initiation ceremonies and opt for religious ones.

In his remarks, Neno district council Principal Nutrition and HIV and Aids Officer, Patrick Manyowa said the district is now better off in raising nutrition bar of its population.

Adding his voice, Samson Njolomole, Neno district HIV and Aids coordinator emphasized on the need for partners in both government and the private sector to join hands in eliminating the disease.

"We need to intensify and coordinate our efforts towards combatting the pandemic, we have to pull our resources together and encourage patients to adhere to prescribed drug procedure", narrated Njolomole.

Meanwhile, Traditional Authority Mlauli warned young people against indulging in immoral behaviours saying the future of this country depends on them hence they must be serious with their sexual life.

The World Bank, World Vision, Concern Worldwide, Partners in Health, FPAM among others supported the event and showcased some of their services.

"People from far areas need family planning methods that both prevent them from getting sexually transmitted infections and unplanned pregnancies, so as FPAM we go flat out in these areas to provide the services for free", said Gama.