SRWB, Mia Promise to End MUST Water Problem by December 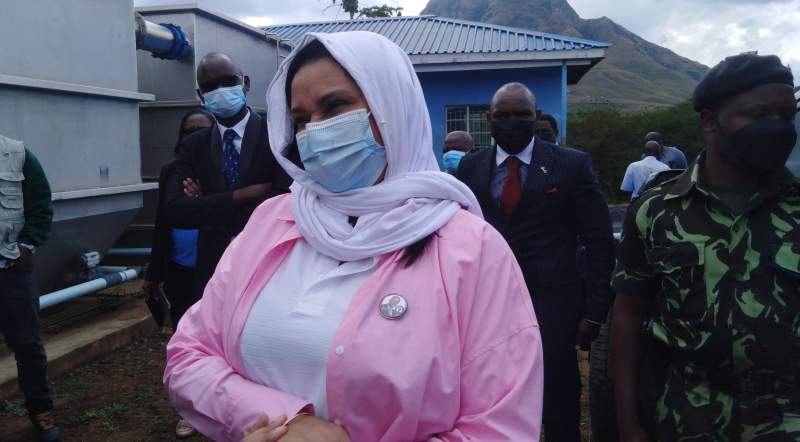 Southern Region Water Board (SRWB) says it is upbeat water woes at Malawi University of Science and Technology (MUST)  will end in the next six months.

Speaking to Zodiak Online on Friday, MUST Executive Dean for Academy of Medical Sciences Professor Wilson Mandala, indicated that the institution eyes to double student population from the current 2, 500 to 5, 000 by 2027.

However, Mandala said the institution annually faces huge water demand especially in dry season from September to December which needs to be dealt with once and for all.

"MUST requires continuous supply of water because of its high students and staff population which now stands at 2500 and close to 500 respectively. But what we have noted over the years is that there is huge demand of water every year especially during the dry season from September to December. During the rainy season the problem would at least disappear," he said.

He said this when Minister of Water and Sanitation Abida Mia and SRWB officials visited the institution and the Litchenza dam which is under rehabilitation in Thyolo.

To turn the tables, SRWB Board Chairperson Elias Chimulambe, said currently they have drilled two high-yield boreholes on top of the other four at the institution which supply water at 30 litres/second.

Chimulambe added that "the board is also rehabilitating Litchenza dam which will be supply 5, 000 cubic litres of water per pumping to the University and Goliati trade centre."

Mia expressed government's commitment to finance short and long term investments aimed at rectifying the water challenges at the institution.

"We are definitely looking into that, we have found finances. We would need to have the approval from the Minister of Finance and once he approves we are good to go. But, for this project the financing was in order and it’s what we are using in the new project," Mia said.