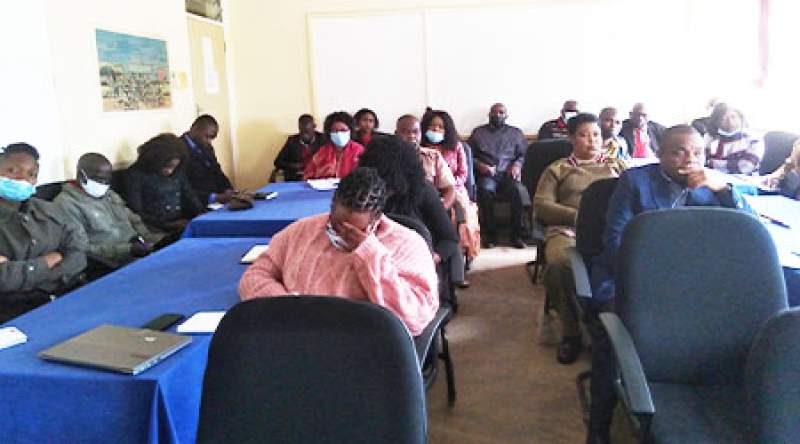 Stakeholders at the orientation meeting - pic by Luka Beston

The International Labour Organisation (ILO) has embarked on a K398 million project aimed at providing enabling environment for the socio-economic inclusion of persons with disabilities in agriculture sector in four districts.

Dubbed 'Sparking Disability Inclusive Rural Transformation’ the project seeks to address discrimination and lack of disability user friendly farm inputs in the IFAD agriculture programmes such as FARMSE and PRIDE by 2024.

Kavala said: “The study revealed that there are gaps in terms of strategies, capacity and awareness of different stakeholders in agriculture sector.

He added that the project will conduct capacity building for the structures so as to be aware of the opportunities that people with disabilities have.

Meanwhile, Thyolo District Social Welfare Officer Dellick Mwenda, said the project is a boost because disability and elderly interventions do not get enough funding in the district.

Chief Elderly Programmes Officer in the Ministry of Social Welfare Steve Vimkhumbo, indicated lack of structures, knowledge on programmes and legal framework on disability and elderly among stakeholders continue affecting the groups in accessing services.

"The department is facing quite number of challenges but on top of that is the of structures of the department which is more of centralized. So, because of that we have seen that in the district councils the existing personnel are failing to effectively respond to the needs of persons with disabilities and elderly.

"Over and above that are the issue of negative attitudes, should now look at the Disability as well as elderly from human rights perceptive rather than the object of charity," he said.

The project will be implemented in Kasungu, Chitipa, Nkhata Bay and Thyolo from 2022 to 2024.

Currently, it is reported that Thyolo has a 3.8 prevalence rate of disability.