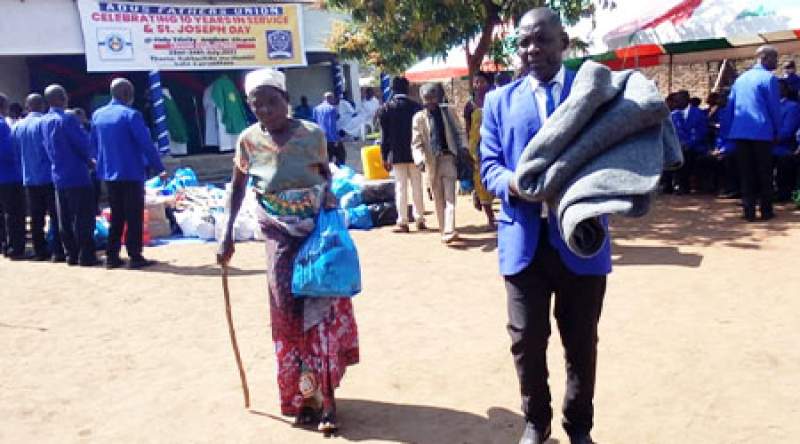 Among the donated items were clothes, blankets, salt and sugar - pic by Chrispine Msiska

The Fathers Union Mens Guild of the Anglican Diocese of Upper Shire on Sunday made available food and nonfood items to more than 200 needy people in Machinga district worth five million kwacha.

"We have been mobilising resources for charity work to assist the needy within the church and the sick in hospitals and this is part of the ministry," said Kanyinji.

Fathers Union guild in the Anglican Diocese of Upper Shire started on 28th January, 2012 with an overarching aim of building up humble and honest men in the church after St Joseph character.

"Joseph was a good man. He was there for his wife and son. This is how men should act like. Humble and honest," said Father Kondwani who was guest honour at the event.

Father Kondwani thanked Fathers Union Guild for the unwavering support to each other.

Among the donated items were clothes, blankets, salt and sugar.