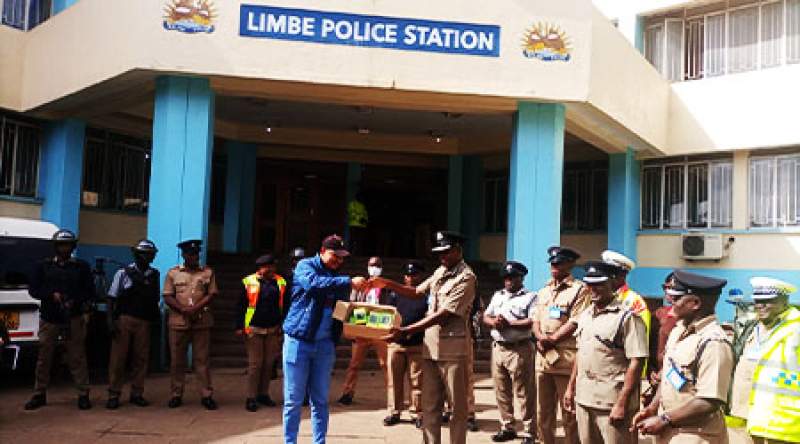 K Motors and Kwik Fit have donated ten cell phones to Limbe Police Station and taken for repairs a stationery Land Cruiser in an effort to strengthen security within Limbe township in Blantyre and other areas under its jurisdiction.

Limbe Police Station Officer In Charge, Deputy Commissioner Gladson Chipumphula, says the cellphones and the move by K Motors and Kwik Fit to repair their Land Cruiser which broke down, is a boost to their soon to be launched rapid response which requires at least 6 vehicles to patrol residential areas and Limbe township.

"The gesture by K Motors to support the police with ten cellphones and repairing our broken-down car has added value to soon to be launched my phone my zone quick response to tighten security in Limbe township and surrounding areas," he said.

Chipumphula has asked other stakeholders to emulate K Motors in helping the police in order to fulfill providing security to people in good time.

"We cannot work alone as police.  Community interventions like what Chigumula residents are doing is vital to fulfill our vision of providing security to communities," he said.

"It’s our responsibility to come in and repair broke down car for Limbe Police Station as this will help in tightening security in Chigumula zone and other areas since without security country cannot develop economically," he said.

Karima has concurred with Chipumphula saying there is a need for more stakeholders to assist the police for quality of security services.

"We ask more stakeholders like what Kwik Fit has done to assist the police so that we become stronger," he said.