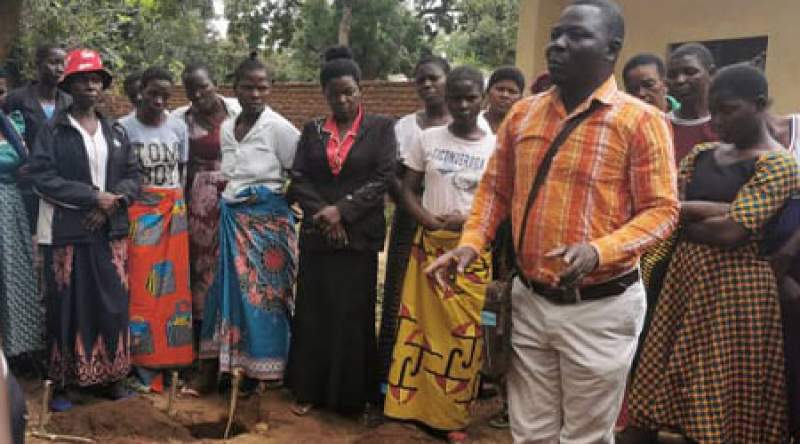 Part of the demonstration - pic courtesy of the Forum

The training has been funded by Action Aid through a women grouping, Kuchene Women Forum.

Kuchene Women Forum Program Coordinator, Alice Kathumba, told Zodiak Online on Friday, they observed knowledge gaps among the women which are impacting negatively on their produce coupled with natural disasters.

“We have imparted skills to young women from the areas of traditional authorities Mbenje, Malemia and Ngabu, covering various skills including composite manure making and conservation agriculture.

“Conservation agriculture for example is critical in moisture retention. They would still be safe in the event of erratic rainfall,” explained Kathumba.

She added, “Not all can afford fertilizer this is the more reason we have also tackled how they can make composite manure. They can utilize the manure instead to maximize their yield.

The Kuchene Women Forum Program Coordinator, noted it was imperative to engage young women this time so that they equally benefit from such skills.

“We want them to grow with such skills, previously our focus was on the old women,” said Kathumba.

She further implored the participants to utilize the skills accordingly.

One of the participants, Doreen Fachi Felo from Mbangu village in the area of Traditional Authority Malemia in the district, has described the training as eye opening.

“We have learnt about Sasakawa farming technology and crop rotation, such skills will make a difference in improving our yield in the face of climatic shocks.

According to Kuchene Women Forum, the training has attracted 80 participants adding it has cost them K2.4m.