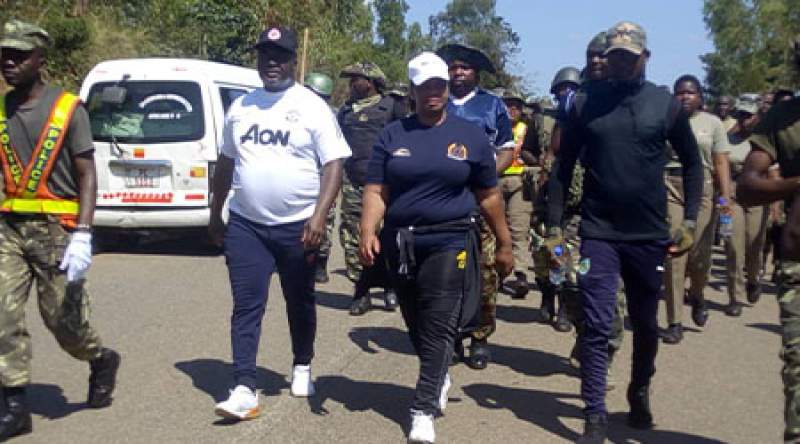 Part of the parade - pic by Hesi

Commissioner of Police for South East Region Chikondi Chingadza says the region is now in full operation with all sections available and vibrant and an increase of manpower at the region’s Police Mobile Service’s G-Division.

The G-Division now has seventy officers from ten officers.

Commissioner Chingadza who spoke on Friday during the region's maiden route parade from Thyolo Boma to Luchenza Municipality said the law officers are therefore determined to curb crime in the region with support of course from the general public.

“We organized this route parade to demonstrate our visibility in the region, share with the public our services, maintain our fitness and at least do some kind of role modeling to the youths,” said Commissioner Chingadza.

She further said through different operations, the law enforcers have managed to arrest suspected criminals and this has resulted in a reduction of crime rate in the region.

Thyolo First Grade Magistrate Kondani Chinangwa who joined the parade said the Malawi Police Service needs support from the public hence his participation in the parade.

“MPS is doing a recommendable job in combating crime in the country but for the law enforcers to effectively execute their job, they need our support,” said Magistrate Chinangwa.

Over one hundred police officers took part in the route parade, covering a distance of twenty kilometres from Thyolo Boma to Luchenza Municipality.