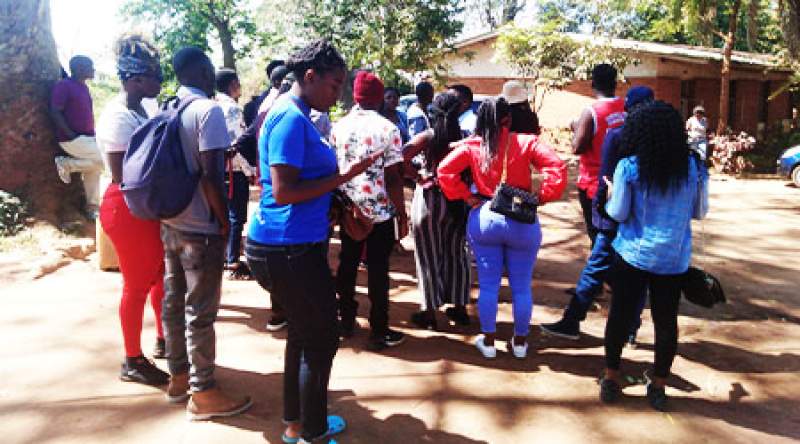 Some enumerators at the council - pic by Luka Beston

Thyolo District Commissioner Douglas Moffat has asked some youths who earlier on Tuesday converged at the district council offices to demand for their dues after working as enumerators under the Unified Beneficiary Registry (UBR) to put their concerns in writing and meet them on Thursday.

Moffat said their concerns border around contractual agreements and productivity in the exercise.

"The enumerators were paid productivity fee but they are not satisfied and would like to know how their wages were have been arrived at.

"So, I have asked them to put their concerns in writing so that when discussing all the relevant officers should be there. But we have agreed to meet on Thursday," he said.

Speaking to Zodiak Online after the meeting, Abasa Abdullah and Elizabeth Banda hope their concerns will be addressed.

The social protection database will be helping government and development partners to easily target communities needing socio-economic interventions in the district, such as humanitarian aid.

It will also be key in avoiding duplication of efforts by development stakeholders in the district.