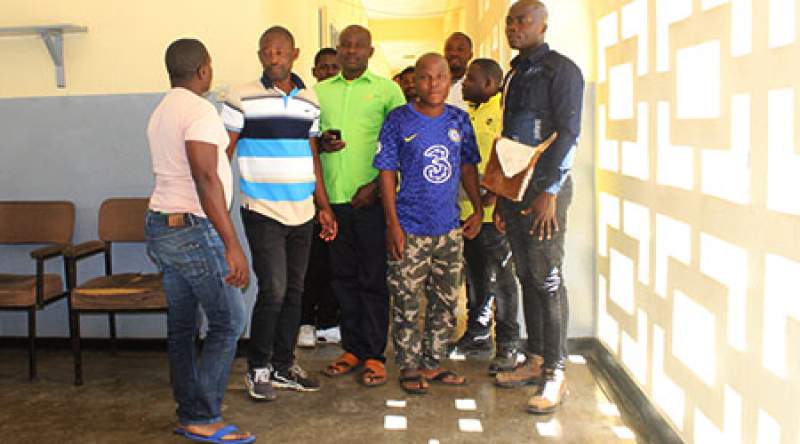 Nsanje Butchers on Friday stormed the district commissioner’s office to deliver a petition against a ban on slaughtering, marketing and movement of livestock to and from Foot and Mouth Disease (FMD) infected area.

The butchers under the banner Nsanje Butcheries Association are claiming that there is no confirmed FMD case at the boma as such they should have confined the restrictions to Tengani Extension Planning Area.

The Association’s Chairperson, Edward Mazonda, claims they have not been officially been communicated on the arrangement, adding that the District Agriculture Office is not enforcing a ban on cattle marketing.

“We expected them to officially write us on the development. We are also surprised that cattle markets at Chimombo and other areas have been operating as normal, they are not enforcing the ban, this is raising our eye brows,” lamented Mazonda.

However, Shire Valley Agriculture Development Division (ADD) Communications Officer, Abraham Danton Banda, says, “we have to receive the petition in question but the ban still stands and that efforts are being made to ensure compliance of the same.

“Apart from the restrictions, we are also vaccinating cattle in the affected areas for example in the hardest hit Chikwawa district, as of yesterday, we had vaccinated 23, 506 cattle against our target of 33,000 cattle, representing 71.23 percent,’ said Banda.

He added, as per the average for Nsanje and Chikwawa districts they are at 59 percent.

In Nsanje, “we target to vaccinate 6,876 cattle against the Foot and Mouth Disease.

“In Nsanje, there are 33 confirmed case in seven villages, about 10,000 livestock are at immediate risk of the disease,” said Banda.

The petition has been signed by 10 butchers.