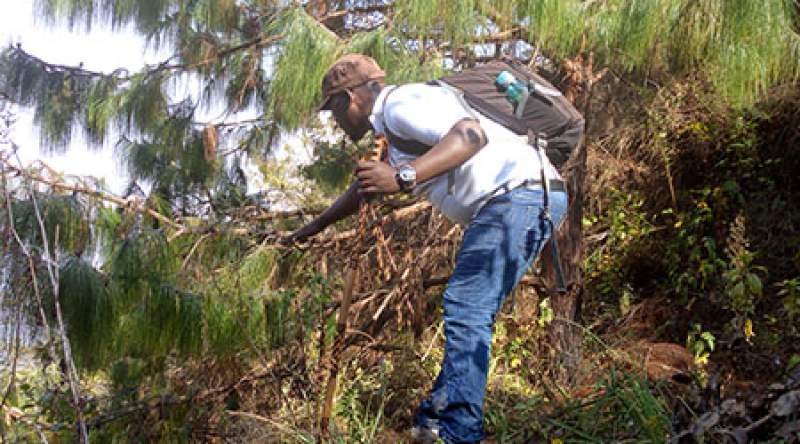 It has been revealed that between 1000 and 2000 hectares of the country’s forests are damaged by wild fires annually.

Public Relations Officer for the Ministry of Natural Resources and Climate Change Frank Nkondetseni in an interview with Zodiak Online described the figures as very alarming.

“The forestry department is using its integrated forest fire management strategy in managing fires and in this strategy, the department is working with different stakeholders including communities to prevent and forest fires,” said Nkondetseni.

According to District Forestry Officer in Mulanje Eric Mbingwani every year eighty hectares of miombo woodlands and other newly planted trees in Mulanje Mountain Biosphere Reserve are damaged by wild fires.

“As an office we conduct fire campaigns around the reserve, sensitizing communities on consequences of these fires, we do engage local contractors to clear firebreaks and we also contract standby gangs that put off any reported fire outbreak,” said Mbingwani.

Mbingwani said the fires are mostly set by animal hunters, charcoal producers and illegal loggers who get angry when forest patrolmen chase them from the forest or confiscate their planks and sawing equipment.

While calling for prevention of bushfires, Environmental Activist Mathews Malata suggests procurement of fire engines that will be helping the forestry department in extinguishing fires with speed.

“It’s very depressing that we are losing these hectares of forest cover to forest fires, we need to strengthen the bylaws and communities must be at the centre of all the interventions which government and other stakeholders are implementing,” said Malata.

He said wild fires destroy wildlife, people can be killed in some incidents, they affect air quality and he said by the end of the day they trigger some health problems.

Lighting of fire in a forest reserve attracts a custodial sentence of twenty years under section 39 of the 2020 amended forest act with no option of a fine.