Cut from Essential Public Services for a Year in NN 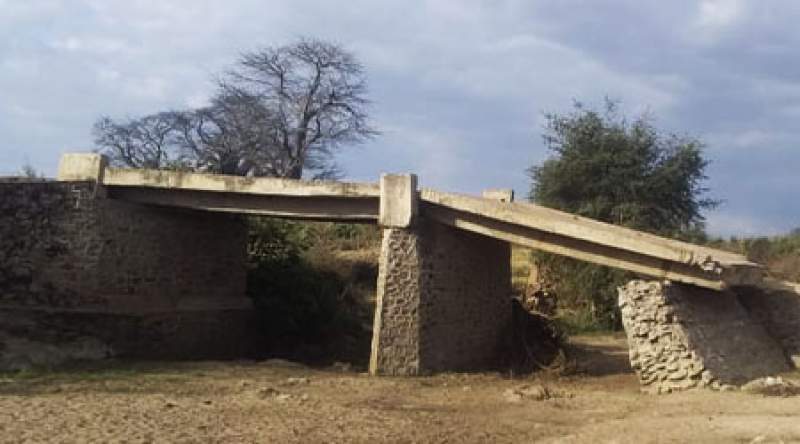 People of Matope area in Neno South have suffered a major blow since last rainy season when Mtsumuke river bridge was swept away by harsh waters induced by cyclones Ana and Gombe.

This bridge was so important to the Matope community which mainly rely on irrigation farming, according to Amos Salimu, a farmer there.

"It has been difficult for farmers to transport fresh farm produce to the markets and the crossing of Ambulances and other public health awareness vehicles has also been difficult," he said.

He adds that learners from the other side of the river especially from Kamwamba trade center are unable to go to Matope primary and secondary schools when the Mtsumuke river floods.

"As Matope community, we ask our member of Parliament to come to our rescue, we also want our district council to take care of this problem,” said another resident, Mike Dambo.

He argues that they are finding it difficult to transport the sick to Matope health centre as they can't cross the river with a sick person on their back and crossing the flooded river.

In response, Neno district council Acting Director of Public Works, Justice Limula says the rehabilitation of the bridge is beyond their ability and they have written the Roads Authority, Office of the President and Cabinet and the Department of Disaster Management Affairs to come to their rescue.

"We are aware of the problem but it is beyond our control, so we have written the office of the president and cabinet, the Roads Authority and DODMA on this issue. We are just waiting for a response," he said.

Limula also disclosed that, the district suffered 17 damages to its structures which awaits rehabilitation with money from Constituency Development Fund and District Development Fund.

Meanwhile, DODMA public relations officer, Chipiliro Khamula told Zodiak Online that he needs to consult his superiors before commenting on the matter.

But RA's Portia Kajanga asked for more time before commenting on the matter.

Neno South constituency member of Parliament Mark Katsonga Phiri says the ministry of transport was made aware of the need to rehabilitate the structure and he will make a follow up.