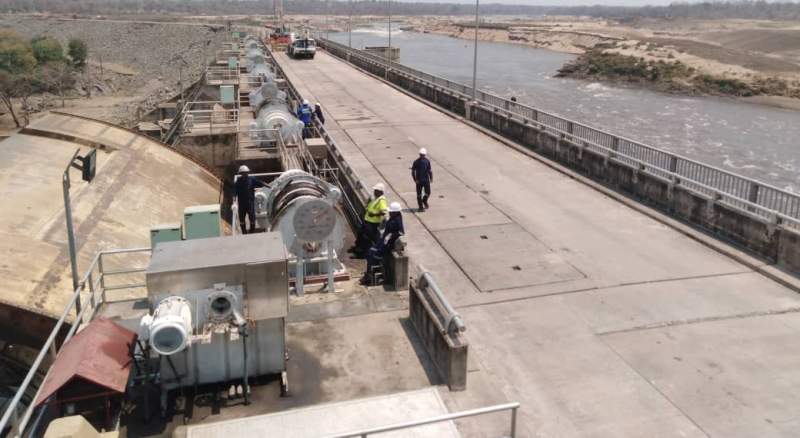 The Electricity Generation Company (EGENCO) is optimistic that it will resume the resumption of power generation at Kapichira Hydropower Station by December this year following the commencement of maintenance works on the dam.

EGENCO spokesperson Moses Gwaza told Zodiak Online on Tuesday at the site that 130 megawatts will be restored to the national power grid after the maintenance of the dam which started on 24 September 2022 is completed.

"So far we have seen that the work is progressing well and we are happy. And we are very hopeful that come December power generation will be back at Kapichira Hydropower Plant.

"The work has been divided into two phases. The first phase is where we want to bring back generation as soon as possible. And in this, what we are doing is to construct a cofferdam which will help us to reserve water so that we can generate electricity and at the same time, we are trying to open up the channel so that we can divert water to the intake," Gwaza said.

EGENCO Project manager Engineer Harry Msosa says the company and the Shire Valley Transformation Programme (SVTP) have so far done about 45 percent of the restoration works.

Msosa says they will carry out two works in the first phase: to reopen a water channel that was silted up and to construct a cofferdam that would hold water for pressure generation.

"As of September 31, 2022, we had already done almost 45 percent of the work we planned to do. Firstly, we have the excavation of the left bank channel, we are also maintaining the spill gates, and we are also going to repair the five pockets downstream of the right bank embankment that were eroded," he explained.

Msosa indicated that the first phase of the dam restoration will cost about $15 million of the available $44.7 million for the project.

The Tropical cyclones damaged the intake dam in January this year which severely affected the power generation, leading to massive load shedding that has seen customers subjected to no less than 6 hours of no power every day.