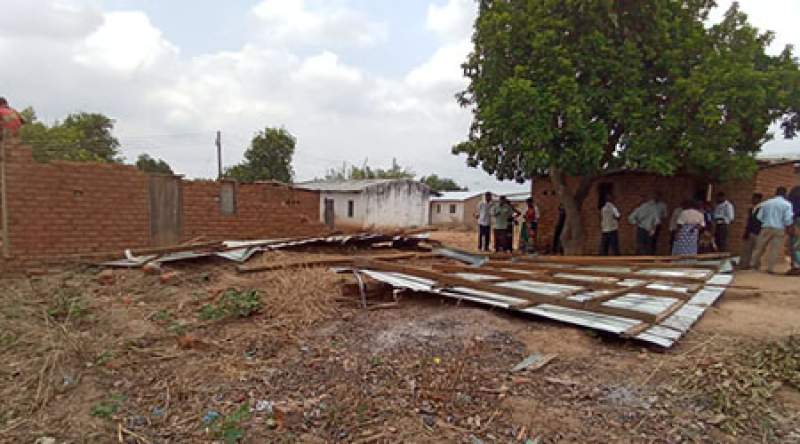 The Neno district council with logistical support from Save the Children-Italy through Beyond Our Hearts Foundation on Monday conducted an assessment to establish the extent of damage caused by strong winds coupled with heavy rains that fell over the weekend.

The winds which have caused an injury to a two-year old baby girl, currently admitted to Neno district hospital, after fracturing her both legs, have also destroyed houses and household items.

For example, in the area of Traditional Authority Chekucheku, especially at Chirombo and Galeta villages, over 75 houses have been destroyed with people lacking food and non-food items.

Five people are being treated as out-patients after sustaining various degrees of injuries.

He told us earlier on Sunday that " the rains were moderate but were coupled with heavy winds, which have resulted in this scenario."

One survivor, Rodah Panjinga says her house was blown up with flour and utensils destroyed.

"The whirlwind like storm started at around 5pm and it was brief but with devastating effects. I have lost everything and it is my hope that government will come to our rescue", she said

Another survivor, Ganizani Dokotala, from group village headman Kaluphya, Chirombo village, is optimistic government through the Neno district council will assist them.

"Our council officials have been visiting us since the day this occurred, and am happy with their quick response. We believe we will be restored", said Dokotala.

Beyond Our Hearts Foundation is implementing a Localisation project which one of its core pillars is disaster mitigation and response.