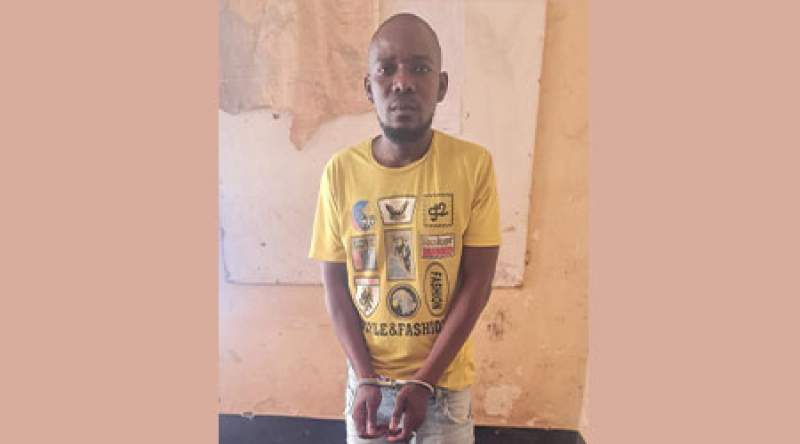 The court through Mangochi Police Station Prosecution Officer, inspector Amos Mwase, heard that the convict had been on the run after hitting to death Peter Juma aged 30 on July 26, 2022 until he was arrested early this month.

“On this fateful day, Sawabu was driving an unregistered 7 tonner lorry from the direction of Mangochi Boma heading Maldeco and within Mangochi boma he lost control of the motor vehicle due to over speeding and swerved to the offside of the road where he hit Juma who was walking heading the same direction.

“Jumawho sustained severe head injuries, but the Sawabu abandoned him at Mangochi District Hospital where he died while receiving treatment and later fled the town after selling the said motor vehicle,” explained Inspector Mwase.

He further told the court, “on the night of November 6, 2022, the night patrol team arrested Sawabu within Mangochi town following a tip from members of the community after he was spotted having a good time.”

Inspector Mwase said Sawabu attempted to resist the arrest by producing a knife and stabbed one of the officers on the upper eye and was rushed to Mangochi District Hospital where he was treated.

Appearing before court, Sawabu pleaded guilty to all charges leveled against him and in mitigation through his representative Counsel Smart Khalifa, asked for court's leniency, saying he has family obligations.

In his submission state prosecutor Mwase cited that the convict disrespected and compromised the security agency and his motive of carrying a sharp knife indicated that he had bad intentions all along.

Michongwe further said K300 thousand should be paid as compensation to the bereaved family.