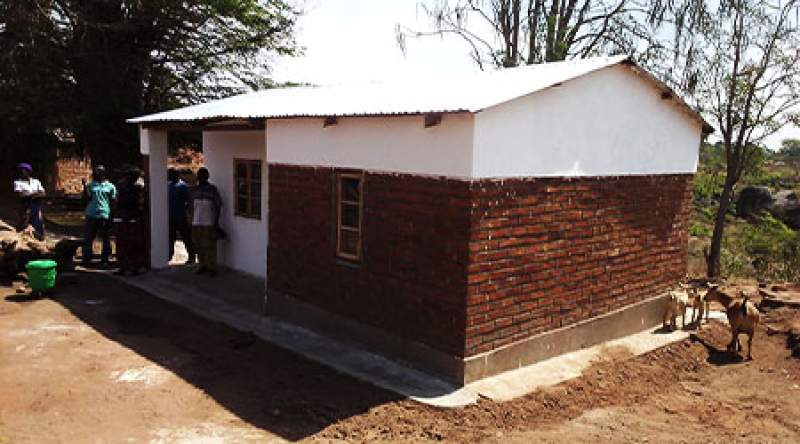 The Department of Disaster Management Affairs Commissioner Charles Kalemba has commended Partners in Health for its support towards the people affected by various disasters in the country.

Kalemba speaking on Saturday in Neno, says for example, the 44 houses which PIH has handed over to Cyclone Ana survivors is symbol of great partnership worth celebrating.

He says government alone cannot manage to provide for the people affected by disasters hence a call for collaboration with other players.

"We are happy today to witness this ceremony which is one of its kind in our country, we therefore strongly thank PIH for this move," he said.

The commissioner further asked the beneficiaries of the Program on Social and Economic Rights (POSER) to take care of the houses, saying it is the government's hope that such things are of once in a life time nature.

"We call on the people to start building resilient structures and walk with the taste of time," he advised.

Meanwhile, while one of the survivors Akonza Banda says the two storms affected her life but now she is enjoying a sound mental status.

She says she was on the verge of losing herself as she is unmarried woman and struggles to meet her needs.

"I nearly ruined my life as I had nowhere to live but PIH through its POSER program came and put us in camps where food and cash transfer money was given to us," she said.

Banda then said another call was made to her concerning building her a house which now she is happily living in.

In his remarks, PIH Chief Medical Officer Dr. Chiyembekezo Kachimanga says their organization believes in taking care of both medical and non-medical needs of people.

"We believe in making people we serve safe from both medical and non-medical needs. So, we thought it wise to assist these people with these houses which has cost us K61 million and we also helped our Chikwawa and Nsanje people during the same time of Cyclone Ana," says Kachimanga.

Meanwhile, a Neno based economist David Namanjasi has commended PIH for the intervention, adding disaster recovery takes too long and is expensive to an individual survivor.

"This PIH intervention will go a long way in helping these families to recover because the resources they could have used to build these houses will be used to recoup other assets they have lost", said Namanjasi.

Namanjasi believes that this intervention is a good model for sustainable disaster recovery and response.

The survivors were initially 50 in total but the other six were able to build for themselves.