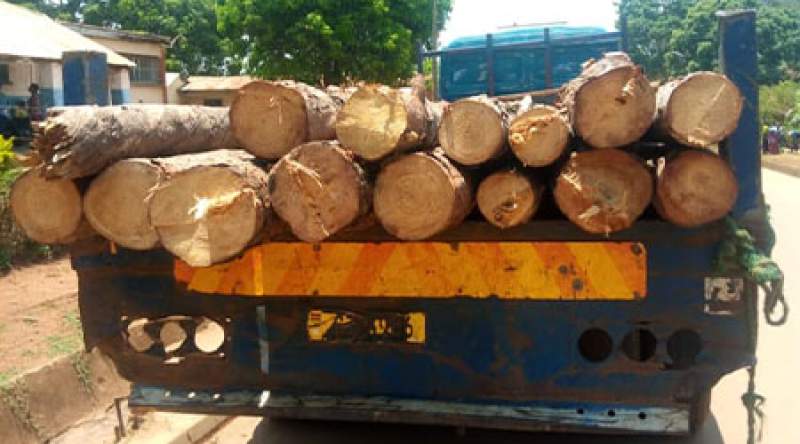 A 52-year-old man driver, Isaac Lumanga, has been ordered to pay a fine of K600, 000 or in default serve a 10-month jail term for being found in possession and trafficking forest produce in Thyolo without permit.

On Monday, State prosecutor Sub Inspector, Felix Senzani told the court that Lumanga was arrested on November 11, 2022, at Naming'omba Tea Estate where he used boys to steal pine tree logs and loaded them in his motor vehicle, MAN truck, registration number CZ 3906.

"On November 11, 2022, at around 0900 hours, the company' security guard working at Naming'omba Tea Estate spotted boys in the estate who were stealing the trees. He monitored their movements until he noticed that they were carrying pine tree logs.

“The guard kept trailing the suspects and discovered that there was a truck waiting to collect the logs. In the process of loading the logs, the guard rushed to inform others who called the police," he said.

In submission, Prosecutor Senzani prayed for a K5 million- and 10-years sentence which is in line with the current forestry laws, noting that theft of trees in the district's estates is so rampant.

But the convict pleaded for leniency arguing he is the first offender among others.

However, First Grade Magistrate Kondani Chinangwa ordered Lumanga to pay a fine of K400, 000 and K200, 000 for transporting and possessing forest produce respectively or in default to serve 10 months imprisonment.