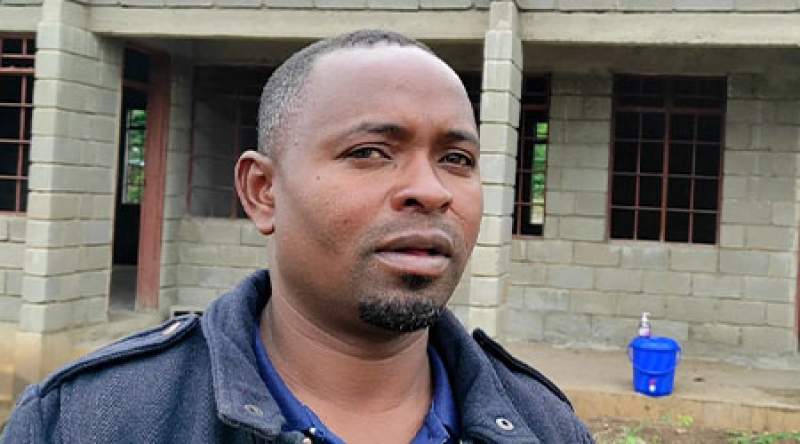 Senior Chief Chimaliro of Thyolo has asked the government to complete the construction of the World Bank funded 15 model Community Based Childcare Centres (CBCCs) which has stalled for a year now in the district.

The traditional leader told Zodiak Online on Sunday that a lot of children in the district are willing to enroll and acquire Early Childhood Development (ECD) services, but most of structures are demotivating and not conducive for learning, such as dilapidated court room.

However, Chimaliro said it is sad that though contractors in some districts have handed over the CBCCs, all the 15 structures for Thyolo are yet to be completed.

"It's my great wish for these structures to be completed because of the problems that these kids are facing in the learning spaces. Most of them are learning under the trees, I’m just thanking God that here, we have a dilapidated court room where they take lessons. It has no window panes where with this bad weather and rains, we send them back home.

"So many children are reluctant to enroll and access ECD services due to lack of centres. So please, government should complete these centres," he said.

Ministry of gender, social welfare and community spokesperson Fred Simwaka, says government is in talks with the contractor who wanted some additional funds after he delayed to meet the project time frame of one year.

"The contracts which were given to those construct the CBCCs, it was one-year contract. So sometimes what happens is maybe the contractor has got not enough manpower to construct CBCCs at one time. For example, if you are given two or three projects, some contractors were found concentrating to one and move to the other.

"So those who had enough manpower they could split, some would be constructing there and some there, so those had completed. So, we're now trying to negotiate on how we can move forward since the contract period had expired," Simwaka said.

Government embarked on the construction of model CBCCs in 13 districts under the World Bank funded 60 million pounds Investing in Early Years Project (IEYP) some two years ago.

Meanwhile, Monitoring and Evaluation officer for the Civil Society Organisation on Nutrition Alliance (CSONA) Kettie Sambani, an organisation that is tracking the project, said, "the delay in completing the structures is exposing learners to harsh environment which affect their education."

Statistics are indicating that out of around 73, 000 children of ECD age, only 23, 000 are accessing ECD services in Thyolo.