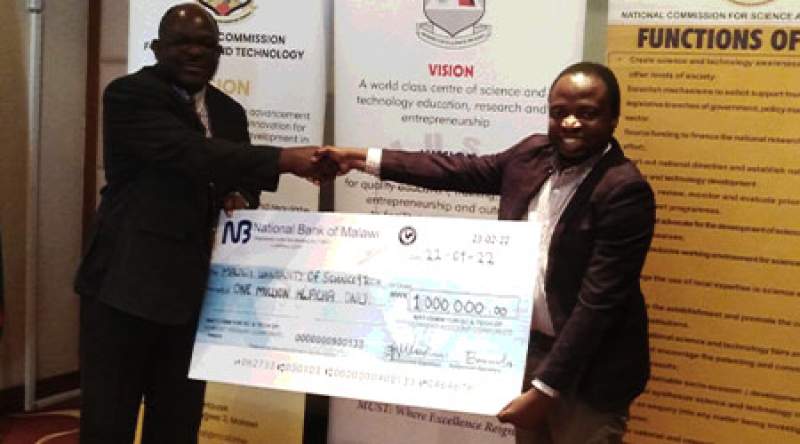 Scientists in the country believe exposing primary and secondary school girls to science environment is key in increasing the number of female scientists that can join forces to solve emerging problems such as Covid-19 and fuel shortage.

Chingota says the country is still having low participation of females in areas of science, technology, engineering, the arts, and mathematics (STEAM).

He said this in Thyolo after the Commission supported the Malawi University of Science and Technology (MUST) Girls Science Camp with K1 million on Thursday.

"When supporting the girls that means we are increasing the critical mass that the country needs for the development of science, technology and innovation. By extension, you may be aware that if we go by the development agenda Malawi 2063, it looks forward to a self reliant country and industrialised. So we cannot leave out the role that girls play in the process," he said.

MUST's 2022 Girls Science Camp Chairperson, Dr. Atikonda Mtenje Mkochi says the camp which is targeting 100 girls across the country, faced a two-year break and postponement from 21 to 28 September 2022 due to Covid 19 and fuel crisis respectively.

While encouraging girls in rural areas to participate, MUST Deputy Vice Chancellor, Professor Jonathan Makuwira, observed that from 2016, the initiative has paid dividends since there is now a surge in expression of interest and percentage in selection of girls pursuing science programmes in public universities.

"The impact that has been there in the couple of years is that we have seen a surge in expression of interest for example girls would want to come every time we advertise or asking us when is the next science camp.

"And secondly, we have also seen even in our selection for the past five years that the percentage in girls participation on other universities has slightly increased. But there is more work to be done," Prof. Makuwira observed.

Prof. Makuwira added "we have now seen that the best way is also to go even lower to bring even from the remote areas. This year, we will try as much as possible using the funds by the Commission to identify applicants even from the rural areas".

Meanwhile, the National Commission for Science and Technology has also disclosed that in November 2022, it will host a national research and dissemination conference aimed at bringing together scientists and researchers to showcase research results developed that could solve the country’s challenges under the Malawi 2063.

However, this year's MUST Girls Science Camp will be held under the theme 'Science, technology and innovation beyond the pandemic'.