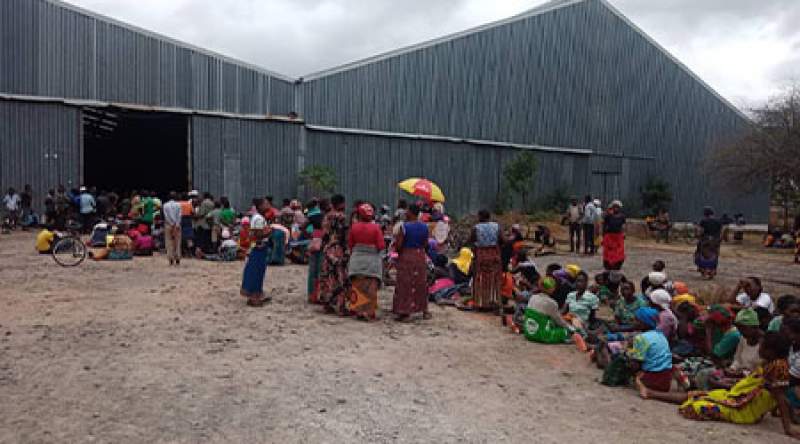 Concerned farmers in Machinga have asked government to move in fast to stop vendors from disrupting and monopolizing the purchase of fertilizer in the ongoing Affordable Input Program (AIP).

"The vendors are using other villagers' national identification cards to buy the fertilizer. We want authorities to address such challenges," said Dyson.

Another farmer, Macdonlad Makanjira, from Kaudzu village in the same area claims that some chiefs are demanding K5, 000 as a fee to provide the elderly and sick people with authorization letters to send others to buy the fertilizer on their behalf.

"We feel government should ask these chiefs to show responsibility in supporting their subjects without demanding any money," said Makanjira.

Other farmers from Thyolo and Mulanje also complained of insufficient depots, erratic supply of fertilizer to markets and poor network.

These problems were revealed during a tour conducted by Centre for Social Accountability and Transparency (CSAT) to follow up on complaints that the organization received through the Toll-Free Line with support from GIZ.

CSAT Executive Director, Willy Kambwandira, is suggesting that government should migrate to biometric system where beneficiaries will be required to use their fingerprints during the purchase of the farm inputs in order to curb the vendors' monopoly.

"We think there is need to enhance public awareness and allocation of adequate resources to police and the Anti-corruption Bureau to arrest such dubious individuals," said Kambwandira.

Earlier, ministry of agriculture spokesperson, Gracian Lungu, told us that government is fast-tracking the mobile vending initiative and ensure that private traders are on the market to see to it that all targeted farmers access the cheap farm inputs this year.