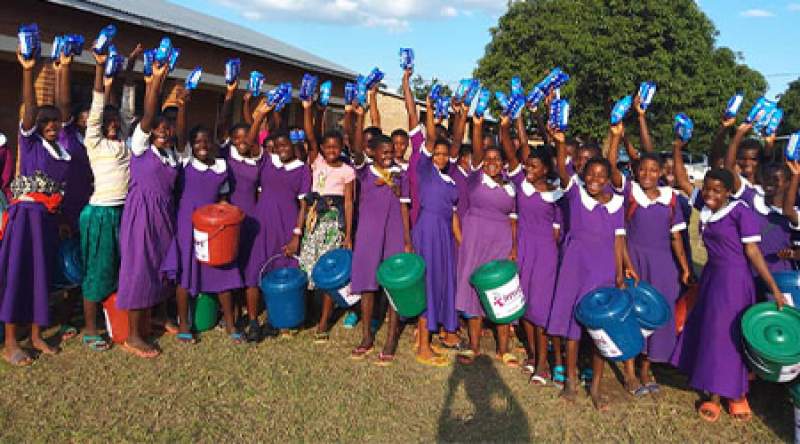 Timveni Child and Youth Media Organization says the cyclone disasters which hit the country this year have shown the vulnerability of most families in the country.

An official from Timveni Matilda Zulu says with or without disasters, some households have been and will continue basking in abject poverty and they need relief support from organizations and individuals of good will.

She said this on Friday when her organization presented dignity kits to 80 adolescent girls at Khulubwe Primary School in Mulanje district.

“Though the cyclones were experienced some months ago, more households still need support as vulnerable households have been and will be there, and with or without disasters they will need our support,” said Zulu.

She said other dignity kits have been distributed to 120 adolescent girls in different schools in the district and each kit comprise a 20 litre bucket, a piece of wrapper, soap, pads and underwear.

13-year-old Regina Muzongwe who is standard five at Khulubwe primary school thanked Timveni for the donation.

“Attending classes while menstruating will not be a problem to me,” said Muzongwe.