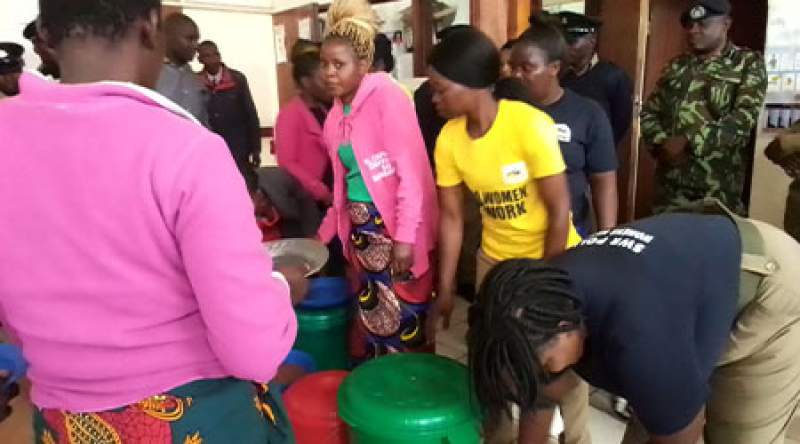 Men in uniform have donated food to Neno district hospital in a bid to ease food challenges patients admitted to the facility face.

Neno district police officer in charge, Assistant Commissioner of Police, Hanreck Chingolo says the gesture is to strengthen their good working relationship they have with the community and Neno DHO.

"We have a good working relationship with the hospital, they help is when we fall sick and even our suspects if injured are given a priority, hence our move to donate the food", he said.

The O.C further said they have a recruit team, on attachments, hence showing them a heart of sharing.

"We mobilised money, others were coming in with chickens, rice and beans, just to cook and share with our patients as a way of saluting these recruits as they will be going back to college to finish their course", narrated Chingolo.

Laina Tomas from Butao village, senior chief Mlauli thanked the team for their generosity, saying the food will help her recover from her labour pains after giving birth to a baby girl.

"Am greatful to the men in uniform for this donation, most of the times we look at them as people who just arrest others but this has changed our perception on them", she said.

Senior Nursing officer at the facility, Martha Kutsamba says the food will go a long way as the hospital manages to give patients only three course meals.

Kutsamba further said that people on treatment at the facility often get meals that are not complete but the police has done it, adding this will help the patients to recuperate faster.

The food was served in Gynaecology, Pediatric and Male wards.