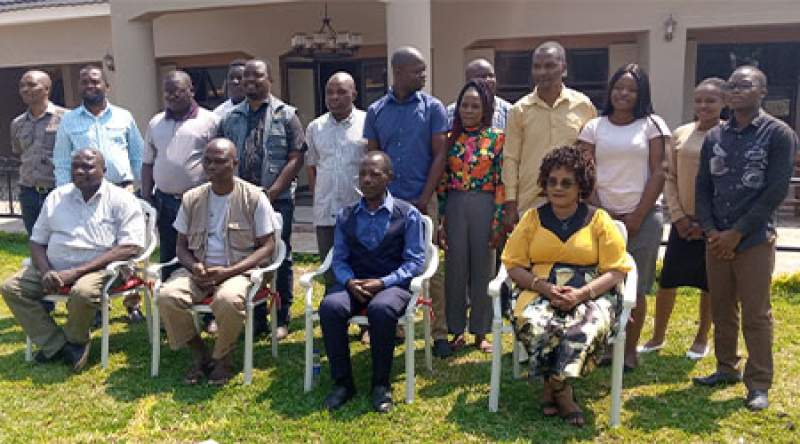 Kachiwanda, who was speaking Tuesday during a review of the rainfall season forecast for Mangochi - pic by Raphael Mlozoa

The Department of Climate Change and Meteorological Services (DCCMS) has raised concern over the increasing vandalism of the department’s equipment, saying it is putting the lives of many people at risk, without being aware of the weather forecast.

The department’s principle meteorological and head of public weather services, Yobu Kachiwanda, said most targeted are Automatic Weather Stations, which he said cost not less than 10 million kwacha and they have been targeted for their solar panels.

Kachiwanda, who was speaking Tuesday during a review of the rainfall season forecast for Mangochi for the year 2021-2022, under a USAID funded Titukulane Project, cited Likoma as the only place where people went away with all the equipment, which he said has left the area without actual weather forecast data.

“The problem is once it is vandalized, all that money, energy information taken in a particular area is lost and it’s a loss not only to the department but the country particularly the area,” explained Kachiwanda.

According to him, currently the department only has 118 Automatic Weather Stations, but the recommendation is to have them at every 15-20 kilometers and it’s unfortunate that people are vandalizing them.

Dr. Mathews Tsirizeni, program Manager for Titukulane in Mangochi said, having correct information on weather has assisted farmers and they will discuss with a donor for a possible funding for more equipment in the areas they are working.

“This review meeting is also a learning process for us, to consider what went on well and where to improve, as we have downscaled this rainfall season forecasts to village level where people have to understand this and plan according to the forecast,” explained Dr. Tsirizeni.

The Titukulane project which aims to support implementation and ensure effectiveness of the Malawi National Resilience Strategy (NRS) has three main purposes which includes, increased institutional and local capacities to reduce risk and increase resilience among poor and very poor households in alignment with the NRS.

The project which has a five-year implementation period started in 2019-2024 and is being implemented in 9 Traditional Authorities in Mangochi district.