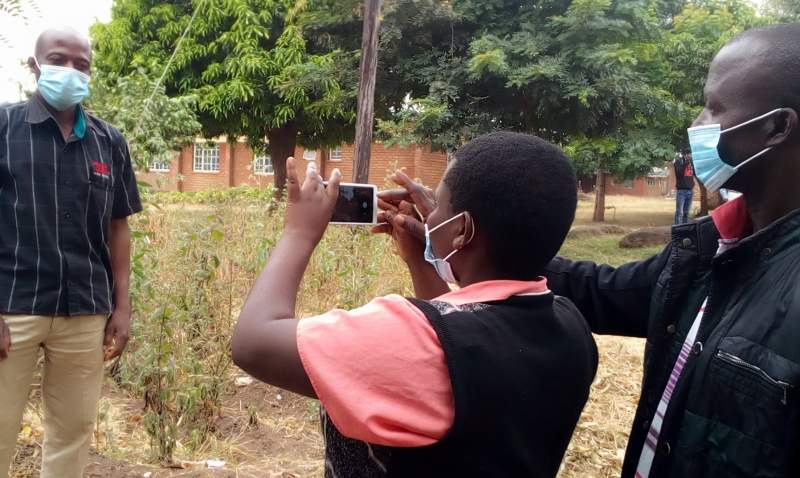 Hands - on; community journalists after the training - pic by Steve kalungwe

Women's Legal Resource Centre (WOLREC) has equipped community journalists in Neno district with basic journalistic skills in a bid to promote good governance and accountability stories for the promotion of transparency at district council level.

WOLREC Monitoring, Evaluation, Research and Public Relations Manager, Dumase Zigambo Mapemba, told Zodiak Online that community journalists are crucial in as far as exposing developmental loopholes are concerned since they reside right in the communities where ghost or halted developmental projects are.

"These are the people who should help Neno to adhere to issues of good governance and accountability, either at council or village level. They also act as ears and eyes for the main stream media", said Mapemba.

Mapempha said Community journalists are also helpful to the bigger media houses who in most cases do not have representatives in hard to reach areas; hence, a need to equip them with at least basic knowledge of journalism and its ethics.

As a platform for the community journalists, WOLREC established a Facebook page where stories from the journalists are published while also encouraging them to make good use of smart phones to publish them on their Facebook pages and WhatsApp after following all ethical procedures.

As a motivation, the community journalists are being linked with professional journalists for mentorship, one being Zodiak and the district information office.

One C.J, Sophia Bendeka of Traditional Authority Mlauli, said, for example, the issue of the Neno road is of concern to her; hence, it will be her starting point as road network problems are hindering women economic development.

"This road has turned out to be a political tool. Everyone is promising its completion, but look, "akungouphoma", we suspect fishy business in this while process," she laments.

As a component of the " Enhanced Women's Active Citizenship and Economic Empowerment Project, WOLREC trained the twenty community journalists from all the four T/A's of Neno with each of the eight group village heads C.J receiving a smart phone for easy news gathering.