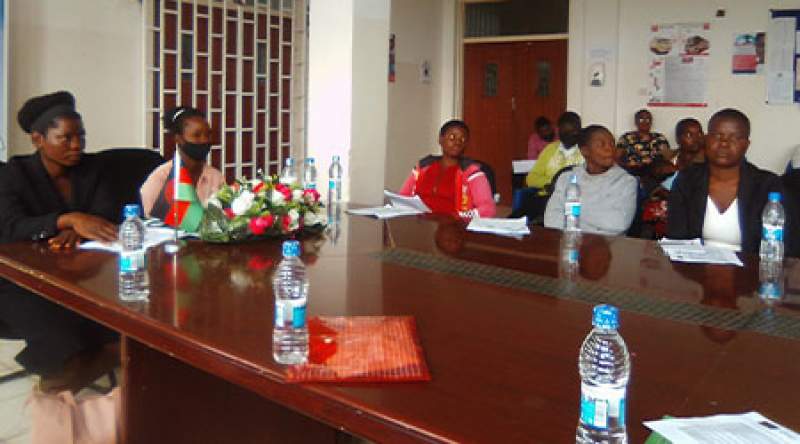 The Mock Full Council Meeting organized by the Women Legal Resource Centre (WOLREC) has raised issues of unhygienic market places, recruitment of the aged as council support staff, bloated wage bill, deforestation and lack of job opportunities as some of the factors affecting development of Neno.

For example, shadow Traditional Authority Mlauli says Ligowe market has no access to toilets despite having some whose keys are yet to be handed over to people for use.

"The toilets were constructed some years back but as we speak, they are not being used; so, we cry out to our council to facilitate the process of handing them over to people for use," he said.

In her remarks, mock full council chairperson Oddetah Mgogodo, lamented lack of access to agricultural products as a big blow to the development of Neno, and women in particular.

She said women who are the main producers of farm products are failing to benefit as a result of no ready markets.

The house has also asked Neno district council to prioritize job creation and opportunities for the youths, combat child marriages and address issue of security.

"It's disheartening to note that our council has many support staff who are aged and this is depriving the youth of of their chance of being employed by the council and we ask this to stop and also there be a timely payment of salaries to the support staff", said Trizza Chandida, shadow councilor for Chilimbondo ward.

In response, Neno district council representative, Alick Milanzi assured the house that the issues will be dressed.

"As council, we are happy with how these youngsters have performed and it's our hope that their dreams of becoming councilors, members of parliament and even governors will be achieved. They have demonstrated courage," said Milanzi.

Meanwhile, Neno district council chairperson, Biswas Maganga, has hailed WOLREC on the initiative of a mock full council meeting under the "Young Women in Active Politics" agenda which seeks to encourage women to be active in political life.