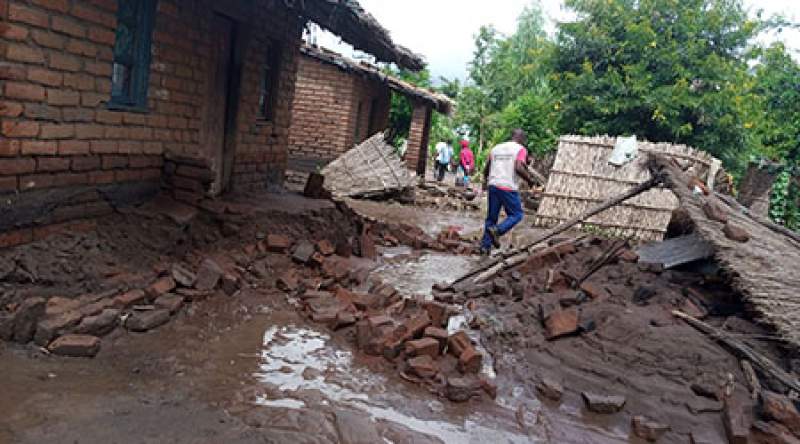 Following heavy rains which started on Saturday evening, people of villages around Traditional Authority Sitola in Machinga woke up to heavy flooding on Sunday morning, which has displaced over 48 families, killing livestock and destroying crop fields.

One of the survivors, who is also Group village headman Kwilinde, has told us that after realizing that they are surrounded by the waters, they opted to seek refuge along the Bakili Muluzi Highway, leaving their belongs behind.

Kwilinde says most of the survivors have lost food items, beddings and clothes hence pleading for an immediate assistance from the government and well-wishers.

"We have been lucky to survive these floods, as it is traumatizing. We have lost everything we depended on, our only hope is the government and well-wishers to bail us out," lamented Kwilinde

Officials from the District Disaster Office say they will comment on the matter after doing an initial assessment on the ground to establish the interventions needed.

About two weeks ago, people in Machinga were also affected by the floods that happened due tropical cyclone Ana.