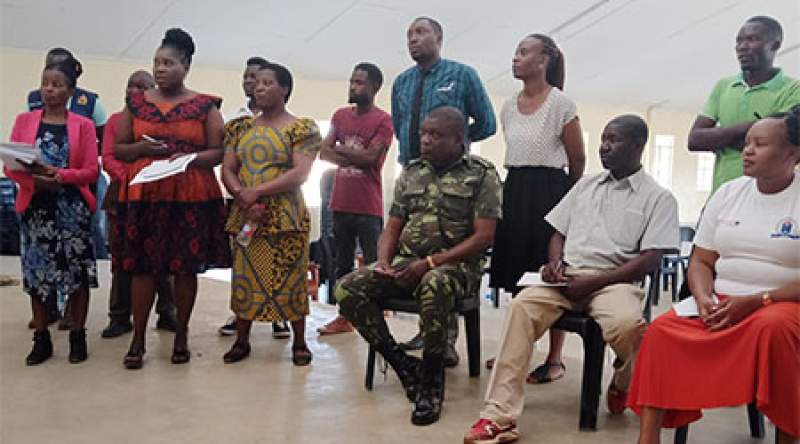 Save the Children-Italy, Neno district council and Beyond our Hearts Foundation have developed Neno district early disaster warning systems using both traditional and scientific methods.

The methods, which include animal behaviors, availability of certain fruits and change in weather conditions will be categorized and used to determine disaster possibilities.

Neno district council economist, David Namanjasi says the developed warning signs have a potential of lessening economic losses that people suffer during disasters if communities are warned in time.

He notes that planning prior to disasters helps to put in place good preventive mechanism that could mitigate some of the identified risks.

"These early warnings help us to determine which actions to take and how to caution the people affected by the disasters such as cyclones and tropical storms which caused havoc last year", said Namanjasi.

He further said, planning prevents losses to property and people's lives and that disaster-prone areas like in the areas of Senior Chief Dambe and Symon have been mapped.

In his remarks, Noel Banda, from the Department of Meteorological and Climate Change Services observes that warning people prior to disasters is a better way of preparing them to relocate to safer grounds or build resilient structures.

"Through these planning meetings, we identify a risk and find solutions on how best to tackle that risk, as they say, failing to prepare is preparing to fail", said Banda.

The meteorologist then advised the disaster committees to devise ways of harvesting water in times of floods which could be used for irrigation later when the floods subsides.

Beyond Our Hearts Foundation Project Officer, Mavis Sambakunsi says their Localization project is partnering with different stakeholders to reduce risks during disasters.

She says that, their project understands that people lose a lot during disasters hence their wish to build capacity to responsible officers who deal with disaster management.

"Like in our area, at Chikalema, we experience dry spells while around Chilimbondo we have heavy rains, so we will advise these people according to their areas risk", said the chairperson.