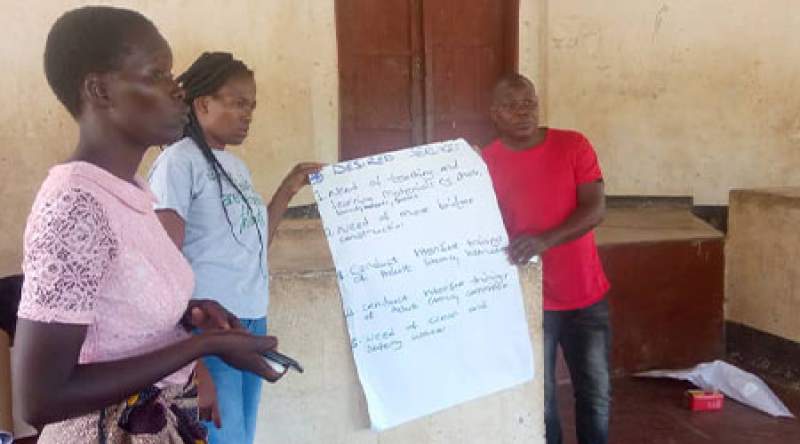 The Neno District Council Social Cash Transfer Officer Zindawa Kachingwe says there is a need to vigorously engage the Area Executive Committee which is a group of technocrats in all phases of development implementation.

Kachingwe says most projects are being implemented without seeking technical expertise from experts which is a gap in building resilient communities.

He was speaking this on Sunday at an orientation meeting with the Area Executive Committees (AECs) in the areas of  Senior Chief Mlauli, Dambe and Symond and Traditional Authority Chekucheku in the district.

"When implementing developmental projects, there is a need to solicit views from the experts like those in education, health, agriculture, water and others, so that the project being implemented is answering to the people's needs," said Kachingwe.

He further called on the oriented officers to find gaps in their different sectors which need attention, so that their activities are fostering resilience in people.

To achieve this desire, especially now that the country is entering into its rain season, the European Union is funding a project dubbed " Social Support for Resilience” (SoSuRe) with an aim of building a resilient population and enhance coordination among different stakeholders.

"We want to ensure that people are becoming financially independent, build sustainable sources of survival, in short to ensure that there's resilience in people, apart from the social cash transfer program we give to vulnerable people", he elaborated.

"Now that the SoSuRe project is here, it will address gaps by idenfying areas which need attention when developing development blueprints, like from health sector, we will work with the ADC and VDCs in coming up with developments that are aligned to our section," narrated Kalinda.

He says, for example, they are enhancing cholera vaccination campaign and chlorination in all water points to avert any further spread of the disease.

From the agriculture sector, Triza Chisavu is optimistic that together with the other committes, they will ensure that people are food secure.

"We are encouraging people to venture into agribusiness, like beehiving and owning woodlots, which are legal and can generate money for the poor families and transform them, which the project also seeks to achieve", said Macheso.

The SoSuRe project is also been implemented in other four district including Machinga and Mwanza.